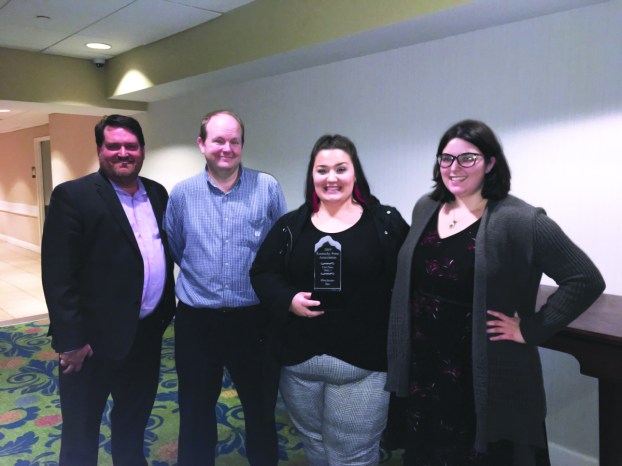 The Winchester Sun staff took home a host of awards Friday night during the annual Kentucky Press Association Excellence in Newspapers contest, including first place overall in the daily 1 class.

The KPA Excellence in Kentucky Newspapers contest is hosted annually in January.

This is the second consecutive year The Sun has taken home the first place title in its class.

In addition to the overall award, individual staff members took home a variety of awards.

Additionally, several awards were presented to the staff as a whole, including first and second place for best special section and first place for best editorial page.