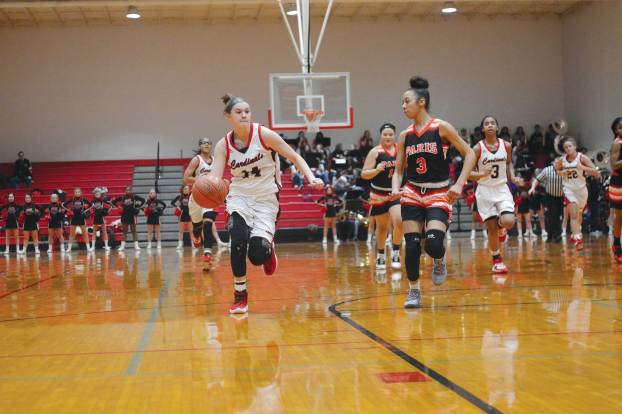 Kennedy Igo has the highest free-throw percentage of any player in the region, shooting 84.2 percent from the line. She’s also among leaders in points and 3-point percentage. (Photo by Roman West)

George Rogers Clark had at least one player to qualify in each statistical category and is one of only two schools (Paris) in the region to do so.

The Lady Cardinals also showed up as one of the teams in the coaches’ poll top five. For the third consecutive week, GRC comes in as the No. 2 team in the region, breaking their tie in second place with Campbell County from last week.

Bishop Brossart remains in first place after taking over GRC three weeks ago. Campbell County, Bourbon County and Paris round out the rest of the top five.