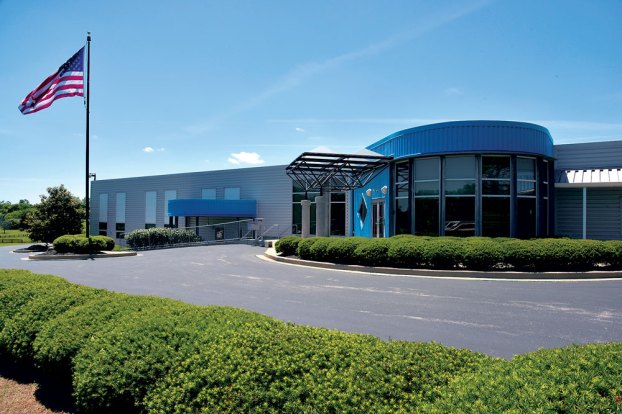 Creditors of GenCanna have filed an action in federal court to try to force the Winchester-based hemp production company into Chapter 11 bankruptcy.

Three creditors, Integrity Architecture of Lexington, Pinnacle Inc. of Benton, and Crawford Sales of Evansville, Indiana, who claim they are collectively owed $50,250, filed an involuntary petition Jan. 24 in the Eastern District of U.S. Bankruptcy Court in Lexington against GenCanna Global USA Inc., and the company was given 21 days to respond, according to online court records.

The company’s spokesperson, Kathryn Breiwa Robertson, declined an interview Thursday, but released a statement to The Sun from Global GenCanna CEO Matty Mangone-Miranda concerning the case:

“The petition filed in the Eastern District of Kentucky is part of a legal dispute process to which we will respond soon. We were involved in good faith negotiations to resolve this matter and this is an aggressive step that destabilizes that process. We are deeply disappointed with Pinnacle’s decision. The entire hemp industry is facing challenges and the situation in Graves County is one symptom of the larger challenge. It’s actions like this that further put the company and the industry at risk. We believe in Kentucky hemp and we are fighting every day to overcome this situation for our employees, farmers and vendor partners.”

On its website, GenCanna describes itself as “a vertically-integrated producer of hemp and hemp-derived CBD products with a focus on delivering social, economic and environmental impact through seed-to-scale agricultural production.”

In 2014, the company located its research campus on 150 acres of farmland at 4330 Colby Road that was once the home of the F.W. Rickard Seeds tobacco research facility. In 2018, it opened a second facility, for marketing, sales and administration at 321 Venable Road. It contracts with Kentucky farmers to produce industrial hemp.

The company has benefited from the rising interest and growth in sales of high-quality cannabidiol (CBD) oil products, which became legal as a result of the 2018 Farm Bill, provided the oil is made from legal hemp and contains less than 0.3 percent of tetrahydrocannabinol (THC), the psychoactive ingredient in marijuana. Both marijuana and hemp are made from different varieties of the cannabis plant, but hemp doesn’t contain enough THC to be intoxicating. CDB oils are marketed for a variety of health conditions, but last November, the Food and Drug Administration issued warning letters to some companies for selling products in interstate commerce in a way that claimed to “prevent, diagnose, mitigate, treat or cure serious diseases, such as cancer, or otherwise violated” the federal Food, Drug and Cosmetic Act, according to the agency.

In addition to citing the illegal marketing claims, the FDA’s news release of Nov. 25 also said it “cannot conclude that CBD is generally recognized as safe” as food for people or animals.

Since then, CBD sales have declined by as much as 75 percent, Kentucky Commissioner of Agriculture Ryan Quarles said in a letter to the state’s congressional delegation asking for help in lobbying the FDA to issue guidelines on adding CBD to food products, according to the Lexington Herald-Leader Wednesday.

Quarles has promoted the hemp industry in Kentucky, which is the only state that licenses growers. According to statements Quarles made in an Owensboro Messenger-Inquirer article circulated by the Kentucky Press News Service Wednesday, there are more than 200 start-up hemp processors and 1,000 growers in Kentucky who are “trying to bring back a product that has been sleeping for 80 years.”

Kentucky and particularly Clark County were leaders in hemp production when it was legal from the 18th Century until the mid-20th Century. Production in the state returned on a limited basis in 2014 under strict state licensing requirements.

State Sen. Paul Hornback (R-Shelbyville) told the Senate Agriculture Committee this week hemp is “a new industry” with “a lot of growing pains.”

Last February, according to The Winchester Sun’s archives, GenCanna had created more than 60 jobs and had a $20 million economic impact in Kentucky.

Last year the company, however, suffered from an explosion and fire at its facility on Colby Road, laid off dozens of employees and it has been sued for millions of dollars by Central Kentucky farmers over a failed joint venture and also by creditors over debts from the Graves County processing plant it is building.

Police charged three juveniles with stealing a trio of cars during the weekend, and are investigating a string of car... read more