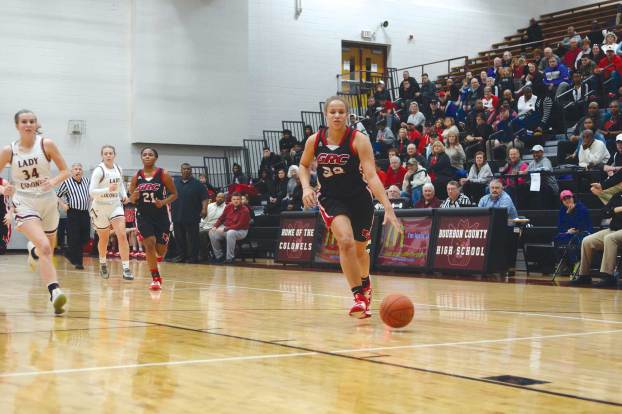 Tyra Flowers is second in the region in assists, dropping 69 dimes in the team’s first 21 games, an average of 3.2 assists per game. (Photo by Roman West)

For the second consecutive week, George Rogers Clark has at least one player in each statistical category.

The Lady Cardinals also showed up in the Coaches’ Poll top five, extending their streak of placing in the top two of the poll since the poll began.

The Lady Cardinals still trail the Lady ‘Stangs of Bishop Brossart for the top spot in the region, but are picking up ground after Bishop Brossart dropped three straight games last week.

Campbell County, Bourbon County and Paris round out the rest of the top five, in that order.

The George Rogers Clark Cardinals football team won their first playoff game in a decade this past fall and the... read more