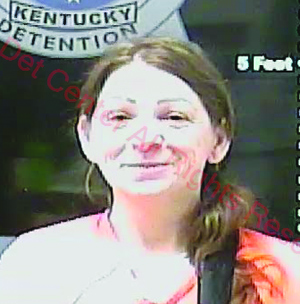 Charges from a 2019 pursuit that ultimately killed three people was one of a number of high profile indictments issued by the grand jury Thursday.

Tammy Rodriguez, 42 of Louisville, is already facing three counts of murder and other charges in Fayette County for the Sept. 4, 2019, pursuit which began in Clark County.

Clark County Sheriff’s deputies attempted to stop a pickup truck, driven by Rodriguez, on Interstate 64 for reckless driving that night. Deputies said the truck turned through the median and went west. While deputies terminated their involvement, Winchester Police officers maintained the pursuit into Lexington, where Rodriguez turned south in the northbound lanes of Interstate 75 and hit two vehicles.

Both people in one vehicle died, as did Rodriguez’s sister. Rodriguez, a second passenger in the truck and the driver of a second vehicle were all injured.

The grand jury indicted another woman who allegedly stole a vehicle while on a break from work and led police on a pursuit through five counties.

Police said Rose F. Crim, 22, was on a break while working at McDonald’s Jan. 1 when a customer parked her vehicle and left the keys and a purse inside. Crim allegedly got in the vehicle and drove away. Crim would not stop for a deputy sheriff and continued east on Interstate 64 until she reached Morehead. Police said she sideswiped a vehicle at she exited the highway, but returned to the interstate.

She continued to the Rowan-Carter county line, where officers blocked the vehicle.

A foster mother was indicted for first-degree criminal abuse and first-degree assault for allegedly pouring hot chocolate on a 10-month-old child at McDonald’s.

According to police, 33-year-old Ashley Neal of 126 Southdale Drive, initially said she fell while carrying the child and the drink at the restaurant Nov. 30.

Surveillance video from the restaurant, though, showed Neal pouring the drink on the child and then acting like she fell. Neal told officers she did not remember the incident.

Police said the child received severe burns to its head and face.

The grand jury also indicted a mother and grandfather for criminal abuse after three toddlers were found caked in feces with severe diaper rash.

Winchester Police said officers were called to a doctor’s office on Bel Air Drive Dec. 11 after a woman had locked herself in the bathroom. When officers opened the door, they found Timisha Anderson and three children, only one of whom was wearing pants. None had shoes on.

Officers learned the Andersons, the three children and three dogs were living in a Ford Expedition. All three children had severe diaper rash and their diapers had not been changed in some time, though there were clean diapers in the vehicle. The children all had fecal matter “caked” on their bottoms, police said.

The Anderson were arrested and the children were admitted to the hospital.

— Gabriela Holbrook, prohibited use of electronic communication system to procure a minor for sex.

— Leonard Sparks, first-degree possession of a controlled substance, driving under the influence.

A judge found enough probable cause against a Winchester man to send charges from a January pursuit to the grand... read more