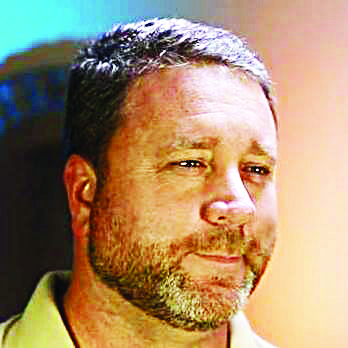 Rank: Where is the connection between being fearless and faithful?

In a recent Bible study we came across the following verse: “But for the cowardly and unbelieving, and those having become foul, and murderers and fornicators, and sorcerers, and idolaters, and all the lying ones, their part will be in the Lake burning with fire and brimstone, which is the second death,” Revelation 21:8.

I found the word cowardly (fearful or timid in other versions) to be of interest seeing it is counted among murderers, sorcerers, idolaters and liars.

That hardly seems fair seeing that as humans it doesn’t seem reasonable to expect that something won’t cause us fear, at least at some point.

Fortunately, the word fearful is translated from, deilos, appears to carry the concept, at least according to Strong’s Concordance, of being faithless.

Fearful and faithless. Are these two even connected?

It is important we discover any potential connection, if any, between these two words seeing the idea of being fearful is counted among things we might consider to be fairly grievous sins.

The entire list, which includes being fearful, all stand in stark contrast to the character of God.

To see any potential connection it is important we know that we are dealing with good definitions.

For the sake of brevity, I will take the time only to define faith.

If Strong’s is correct, and being fearful has an implied connection of being faithless, we surely need a good definition of faith.

1. strong belief or trust in someone or something

2. belief in the existence of God : strong religious feelings or beliefs

3. a system of religious beliefs

To make sure we have a good all-around picture of what faith means, at least according to

Webster’s, let’s pull out some key words from the above three definitions:

We have belief in all three definitions, trust, as well as strong belief and strong feelings and a tie to religion (i.e. their secular way of saying “Belief as pertaining to God”). In essence, Webster’s is saying faith is a strong belief or trust in something, probably related to God. And in short… faith equals belief.

However, in the Bible we have three verses that seem to go out of their way to define faith as God sees it.

Like before, I want to pull out some key words and phrases that might give us the best overall concept of faith as defined by Scripture.

We have faith coming first by hearing God. If it lacks works (action, labor) it is dead, and it is the evidence (proof) of that which is not seen.

So, we hear God (unseen) and then act on what we heard (evidence of the unseen).

For example, in Hebrews 11, we see many great examples of faith. Noah heard God (unseen) and then built the ark (evidence of what was unseen).

We have Abraham hear God and then he moves to a place he was a stranger.

We also have Moses hearing God and then holding out the staff to see the water part.

Hearing God and acting upon what we hear, that is faith. So how does this all tie back to the fearful in Revelation 21:8?

When we live by faith, and the Bible tells us that the just live by faith (Habakkuk 2:4), we live hearing God and then doing what we hear.

So we hear and then we can stand firm or act boldly based on what we heard, because the source of what we heard was God.

But when we don’t live hearing God we cannot stand with that same level of boldness or fearlessness. Instead, we live in fear and there is nothing bold about our actions.

In other words, the fearful do not live hearing God and they certainly don’t live doing what God directs them to do. And that is why the fearful, or perhaps better stated, the faithless, join the ranks of the murderers, sorcerers, idolaters and liars.

Ken Rank is a pastor at Beit Manorah, which meets at the old Pilot View School. He can be reached at kenrank@gmail.com.

George Verwer, founder of Operation Mobilization, once commented, “The lack of prayer is the greatest scandal in the church today.... read more