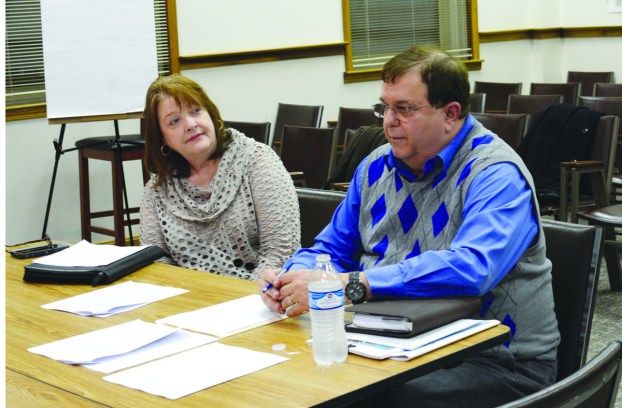 Redeveloping blighted neighborhoods, planning downtown so it’s not just for subsidized tenants, welcoming the construction of more houses designed for retired seniors and encouraging development of upscale homes for the management and professional class were some of the issues city officials discussed Monday afternoon with representatives of the Kentucky League of Cities as part of a strategic planning process.

“Housing is the key to everything,” City Manager Matt Belcher said.

Bobbie Bryant, community development adviser for KLC, had asked whether there were enough of the kind of houses needed to attract industrial managers. City officials quickly responded there were not.

Commissioner Ramsey Flynn said Ball Homes and Kessinger Construction are in the process of building a couple hundred houses within the next year, and there are new apartment buildings going up.

“They’re selling houses before they ever build the foundation,” Flynn said.

Still, there was a near consensus that the inventory isn’t what it should be and that there is especially a need for certain kinds of housing.

Commissioner Shannon Cox, who is on the board of Rosemary C. Brooks Place, said there are at least 12 people on the waiting list now for bungalows.

Mayor Ed Burtner said there is a need for more of those kinds of owner-occupied senior developments because Winchester’s demographic is aging.

Housing for low-income residents is an issue that concerns city officials.

Representatives of city government spent about an hour and a half Monday brainstorming with the KLC officials about the city’s needs.

Bryant started the discussion  by asking participants to describe some of their “proudest moments” in city government.

Cox mentioned was an urban renewal project on Lincoln Street where the city is partnering with Habitat for Humanity and the state, through a community development block grant.

Cox said when he coached football, he had to take an injured player home, and the kid was embarrassed for him to come inside his house.

“I knew when I walked out of that house that we had to do something,” he said.

Today all the houses and lots on the street have been bought, demolition is about to begin, and the first new house should be built by fall.

Infrastructure was another big issue.

Burtner said Winchester has a consent decree settlement with the Environmental Protection Agency to address sanitary storm water issues in the city.

“We are required to spend an enormous amount of money to comply with the Clean Water Act, and we have been doing that,” he said.

But the city has eliminated nearly all of the sanitary sewer overflows targeted by the EPA and is within months of completing that project.

The city also has made progress on water supply, including building a new water treatment plant that will double the city’s capacity, and the Kentucky River Authority will replace the dam that contains the pool from which the city draws its water, the mayor said.

Commissioner Jo Ellen Reed said many of her constituents tell her the city needs more recreational facilities, including a water park and a bowling alley, and there is a need for more day care.

Asked about what challenges that affect quality of life concern city government, Burtner answered: “I think the challenge for our community, like ever community, is drugs.”

Cox said he wants to look at what other communities are doing to address their drug problem that is actually working.

“I don’t think we do a good enough job of taking government to the people,” Reed said.

It isn’t enough, she explained, to announce the schedule of the city commission meetings to the public. The challenge, she said, is to use technology to communicate with the public better than the city is doing now.

Flynn said there are plans in the works to improve the city’s website and social media presence.

Other issues discussed including code enforcement, completing the Fulton Road and Bypass extensions, doing more to honor veterans, improving internet and WiFi service and doing better at promoting the community to millennials.

City officials intend to invite Long and Bryant back to a work session later this month before the Board of Commissioners and to another meeting in March to continue the discussion about strategic planning.

A pair of programs later this month will spotlight black history, both locally and on a state level. The Winchester... read more