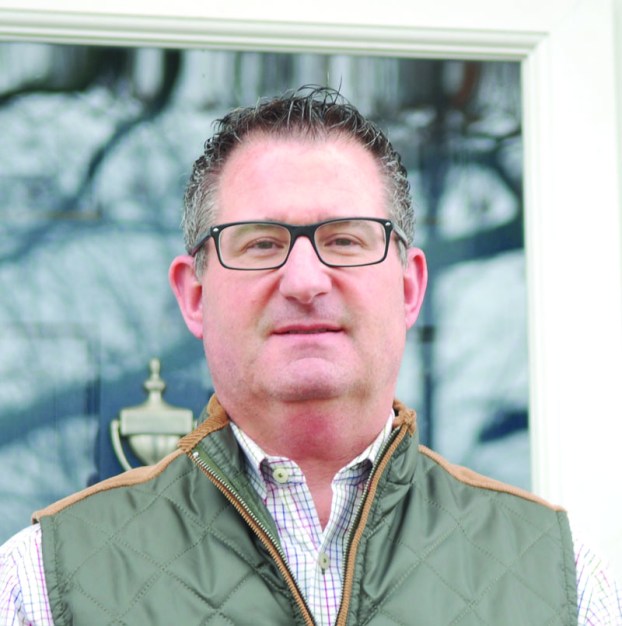 Alex Rowady has been Clark County's master commissioner since 2005. (Photo by Fred Petke)

Alex Rowady didn’t go to law school to be an auctioneer, but it has become part of his practice for the last 15 years.

Rowady has been Clark County’s master commissioner since 2005, when he was appointed by Clark Circuit Judge William Jennings.

The master commissioner is responsible for selling property following a court order, usually in a foreclosure case though other circumstances apply as well.

“In 95 percent of the cases or more, a lender is not being paid,” Rowady said. “Probably two to four months have gone by without payment.”

If other attempts to collect or be paid fail, the lender will file a lawsuit in circuit court. Depending on the amount of litigation or other filings, including bankruptcy, it could be months or years before the judge signs an order to sell the property, he said.

Rowady said he auctions property at the Clark County Courthouse once a month, the month after the judge’s order is filed.

Sometimes, the property owners can be faithful in their payments, but health issues or a death in the family can lead to missed payments and foreclosure

“It doesn’t take much to get off track,” he said.

Some times, third parties will buy a house at auction, whether to flip or renovate the property. Rowady said there are risks involved, including not being able to inspect the house before the auction and the deed wouldn’t be issued for a couple weeks after the auction.

Rowady said sales are typically on Wednesdays, and are advertised in advance. There are times properties scheduled for sale will be canceled at the last second, though only by a bankruptcy filing or the bank’s attorney contacts the master commissioner, he said.

Occasionally the bidding will be spirited and go on for several minutes, he said. Often, the bank holding the mortgage will buy the property back and credit it against the debt., he said, though the bank can still attempt to collect on any differences.

At any time, there can be hundreds of thousands of dollars going through the office, he said, which is state money. Rowady said he is audited annually, and any excess fees above his salary and state-established fees get returned to the state.

In larger counties such as Madison County, master commissioner is a full-time position. Rowady serves as a part-time commissioner and maintains his own law practice.

In his 15 years, Rowady had sold houses to farms to commercial property, even a horse in a lawsuit over breeding rights.

“The largest sale is when I sold the whole Royal Oak neighborhood,” he said. Some properties within the subdivision had already sold and were not included, but the developer got behind on a mortgage for the rest of the property.

“I did that one on a Saturday,” he said. “I went and got a bullhorn. I was ready (for a crowd). I got in excess of $2 million through my accounts on that one sale.”

In third-party sales, the buyer must pay at least 10 percent of the purchase price on the day of the auction. One buyer actually brought $50,000 in cash, he said.

“It’s been a really enjoyable experience tinged with sadness with the knowledge people are (losing) their homes,” he said, “often through no fault of their own. It’s an inescapable part of our process.”

There has to be a way for lenders to be made whole, he said.

“If you couldn’t do that, who would lend money?” he said.