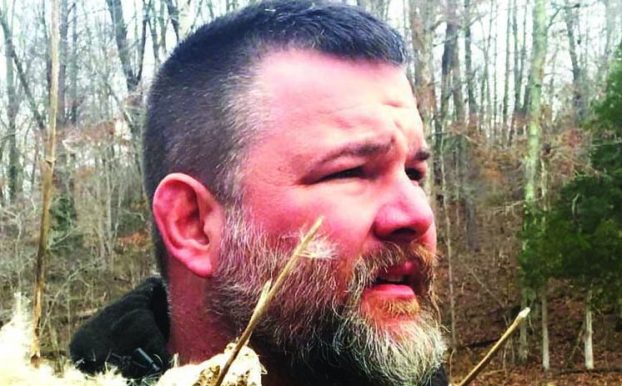 Craig Caudill is a lifelong resident of Winchester and serves as director of Nature Reliance School.

If you enjoy seeing game and non-game species of wild animals, you should, at some point, thank a gun owner for it.

Gun owners, including hunters and non-hunters alike, provide over $1 billion annually to wildlife conservation efforts. Yes, you read that correctly. This is another one of those “inconvenient truths” for many as it relates to the environment.

Let me explain how this started and how it works.

In the early 1900s, there were many species of wildlife that were disappearing.

Yes, you read that correctly. They asked Congress to tax them.

This act was called the Pittman-Robertson Act and passed in 1937. This tax is set by law to be 11 percent of the wholesale price of long guns and ammunition, along with 10 percent on handguns.

This tax is paid by manufacturers, producers, and importers and applies to all commercial sales and imports. The tax dollars are handled by the US Treasury, who turns it over to U.S. Fish and Wildlife Service, who divides it up and passes it on to the various states.

States distribute this in an interesting model that does a good job (in my opinion) of adequately dividing this large amount of money, with a focus on conservation.

First, $8 million is dedicated to Enhanced Hunter Education Programming. Secondly, $3 million is set aside for conservation and stewardship projects that require cooperation among states. One-half of the tax collected on handguns is set aside for basic hunter education programs.

The remaining 50 percent is sent out based upon the number of individual paid hunting license holders in the state in proportion to the national total.

That is a look at the act as it relates to funding on the national level, let us also consider conservation and stewardship funding as it relates directly to us here in Kentucky.

If you were not aware, there no general fund dollars that go to the Kentucky Department of Fish and Wildlife from Kentucky’s general fund. There are zero taxes that non-sportsmen and women pay to fund these efforts.

Most of the funding comes directly from the sale of licenses, permits, and registration fees that sportsmen and women (hunting and fishing) pay.

The remaining dollars that our state works with come from those as mentioned earlier and the Pittman-Robertson Act and another act named the Dingell-Johnson Act of 1950.

Dingell-Johnson is a similar act to Pittman-Robertson, but the tax is on fishing equipment sales rather than firearms. Those dollars go to fish-related conservation efforts.

So yes, hunters and fishermen/women get taxed on everything they purchase and that tax funds wildlife and fisheries conservation and stewardship efforts.

It all sounds crazy. People that hunt animals, fish, shoot guns for sport and enjoyment, are responsible for funding the conservation, stewardship, and protection of deer, elk, squirrels along with the red tail hawk you see occasionally, the cardinal at your bird feeder, and the other game and non-game species that surround us.

I think it is all rather interesting to see a group of people who put their money where their mouth is, and I love it.

If you are interested in continuing conservation efforts in your area, there are several recommendations that I can make for you.

Those dollars go directly to the state for fish and game efforts, and by buying a license, we in Kentucky will also get more Pittman-Roberts funds as well. It is that simple.

The second way is to follow all applicable hunting and fishing laws and encourage your buddies to do the same. Call them out when they don’t. Unregulated hunting is what got us to near extinction of some species in the first place.

By following the regulations, which are developed by incredibly talented and educated biologists who dedicate their jobs to such research, we can take better care of all the wildlife we enjoy observing, hunting, or taking photos.

Yes, I love wildlife in both my surprise interactions with them as well as the 100 percent organic protein they provide my family and me.

I hope you join in me in the efforts of keeping them healthy and prospering for generations to come.

If so, I will most likely see you on, or off, the trail.

Craig Caudill is a lifelong resident of Winchester and serves as director of Nature Reliance School. He is the author of “Extreme Wilderness Survival,” “Ultimate Wilderness Gear” and “Essential Wilderness Navigation.” He can be reached at info@naturereliance.org or on social media.

I had the good fortune to be invited to attend a meeting of the local 4H Shooting Sports Club. My limited... read more