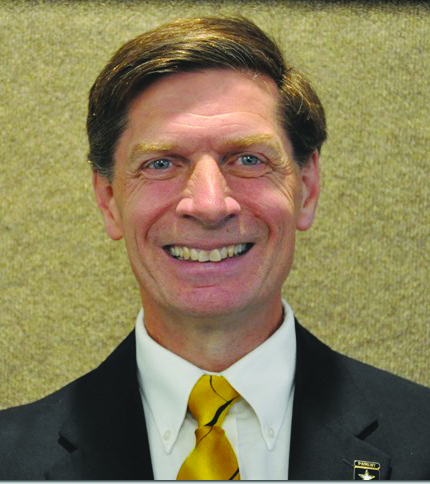 Earley: Should Christianity and psychology be at odds?

Phyllis was a single mother of two teenage boys. As I sat in her apartment, we were dealing with her desire to kill herself. She had been in every facility in our metro area at least once trying to heal from some unknown pain that brought thoughts and actions of suicide dozens of times. It seemed that she was talking about some new pains in her life she had never told anyone before, but I couldn’t make sense of her stories.

We had hit a wall, and her desire to commit suicide had never been higher. I didn’t know what to do. As a last resort, I prayed (I was a young minister who had a weak understanding of the power of prayer). God spoke to my soul. I received a question to ask her. When I did, the flood gates of pain opened up. She had been abused as a child. The anger and hatred for her mother hurting her poured out. She declared if she ever had children she would never abuse them, but she abused them all the time. Every time she did, the self-loathing overwhelmed her with pain, and the only way out seemed to be suicide.

As she told me the secrets of her life, which she had never told anyone else, all the pieces seemed to fall into place. As far as I know she never spoke of suicide again.

We didn’t talk again after that because she was so embarrassed I knew her secret that she wouldn’t be around me. This saddened me, but I celebrated that she was able to name the “beast” in her life, and begin dealing with it in healthy ways.

I have always done well in my counseling classes. God has blessed me with some great gifts of spiritual insight into why people do the things they do. It has always saddened me that the field of psychology and Christianity often seem to be at odds. This is an interesting struggle between Christianity and psychology since the study of psychology today finds its roots with Saint Augustine who, even in secular universities, is given credit as being the ancient father of psychology.

The primary study of psychology is the study of human behavior. Christians have always been able to turn to the Bible to get a wealth of information to better understand human behavior. Genesis deals with the fall of humanity, temptation, guilt, murder, and shame, just to name a few of the big issues informing the study of human behavior. My ability to help people from my Christian perspective has been greatly enhanced by modern psychological studies. One would think that psychology and Christianity would have much in common with each other, and therefore would be complimentary disciplines. For those who are Christian psychologists, this tends to be true, but this is a small minority of psychologists.

By percentage, the vast majority of psychologists and therapists say they are agnostic or atheist. They seek to understand human behavior independent of people’s faith in God. It is my experience that if a person doesn’t deal with the religious issues that are connected to their behavioral issue they rarely if ever make meaningful or lasting changes in their lives to find healing. Most behavioral changes we can make to find healthier lives involve a change of heart, that is, a change in our core beliefs about ourselves. Since I believe God has made us I have found knowledge of who God is has only helped me to understand the complex nature of our human behavior.

There is a tension between psychology and Christianity today, but there does not have to be. If you feel you or a loved one needs a psychologist or therapist to help solve some behavioral issues I would highly recommend you find someone that works out of their Christian faith, and is comfortable helping you explore how your faith may be affecting your behavioral issues. I have turned to therapists a few times in my life, and the ones that will pray with me and for me seem to be the ones that are able to help me deal with life issues best.

In my former column for the Winchester Sun, I wrote about the “signs” all around us that are meant to... read more