GAME OF THE WEEK: GRC vs. Boyd County 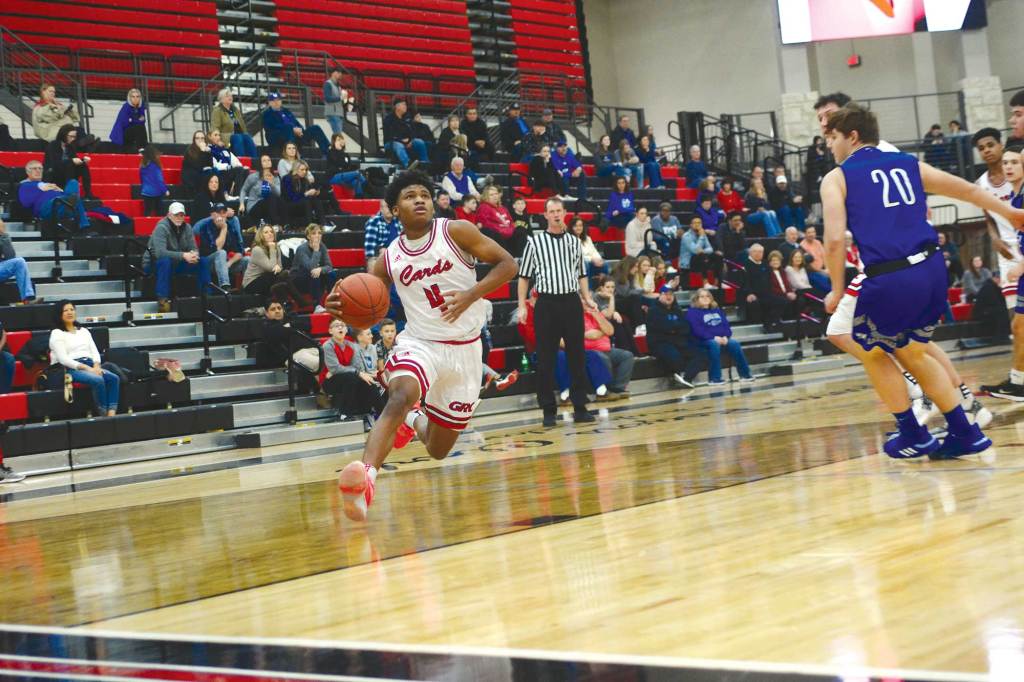 KJ Rucker had 12 points during his Senior Day in GRC’s 79-54 win over Bracken County Saturday afternoon. (Photo by Roman West)

The George Rogers Clark boys basketball team will finish up their regular season this Friday with a matchup against Boyd County, one of the 16th Region’s top teams.

The game was added to the Cardinals’ schedule last week as a replacement game after the matchup with Frederick Douglass was postponed until next year.

The Lions will come into the new GRC Arena Friday night at 8 p.m.

Boyd County has three players averaging double figures this season. Their leading scorer is senior guard Blake Stewart, who is averaging 18.2 points per game. Stewart is also the Lions’ second-leading rebounder, pulling down 7.1 boards per game.

Carson Webb (11.7 ppg) and Austin Gibbs (11.3 ppg) are the other two double-digit scorers for Boyd County. Gibbs is the team’s leading rebounder at 7.9 rebounds per game.

The Cardinals and the Lions have three common opponents this season: Louisville Butler, Ashland Blazer and Mason County. Both teams lost each game against the common opponents. Ashland Blazer, the last remaining undefeated team in the state of Kentucky, has had some of their closest games against the Cards and the Lions. GRC is the only team to take the Tomcats to overtime this season and Boyd County lost by five points at home and 11 points on the road.

A large part of that rebounding success has been thanks to senior Lincoln Bush’s impressive season cleaning the glass. Bush is fourth in the state in rebounds per game, hauling in 12.9 a game.

Bush’s success this season has largely translated to team success. Bush has recorded 20 double-doubles on the year, and in games when he has a double-double, the Cards are 17-3.

The Cardinals are shooting 31.3 percent from outside the arc this season, slightly below Boyd County’s 32.5 percent.

Since opening the new gym, GRC’s 3-point percentage has had a slight uptick. The Cards are 22-of-65 from outside in GRC Arena, good enough for 33.8 percent.

Clark County will need Jared Wellman to continue his 3-point success in the new gym. Since the gym’s opening, Wellman is shooting 52.6 percent on 3-point shots.

The final game of the regular season for the Cardinals will tip off Friday at 8 p.m. in the new GRC Arena.