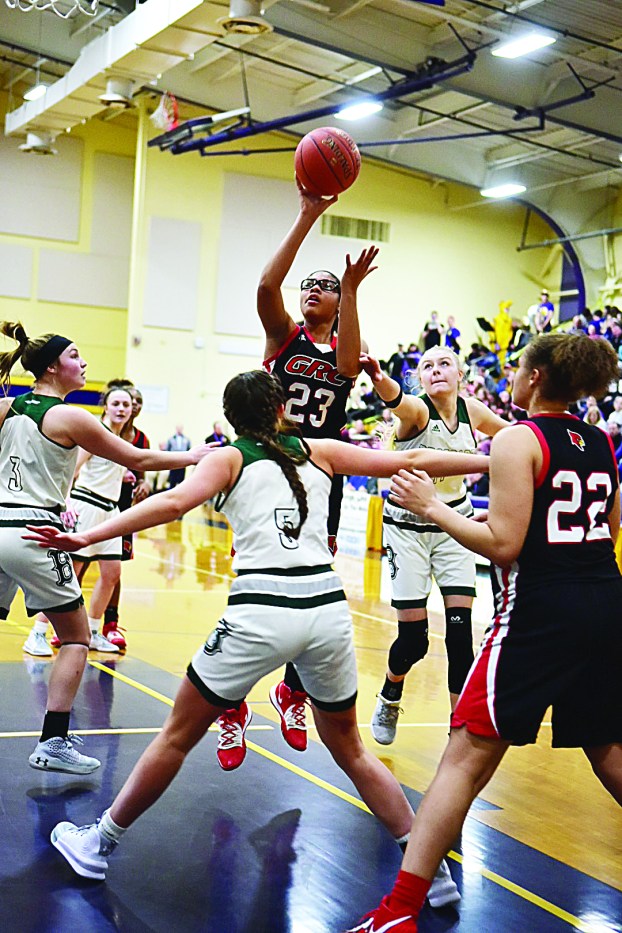 Coach Robbie Graham said the team’s defense and key rebounding made the difference in getting the win.

“They work day in and day out for this moment,” Graham said. “It’s all about them and putting their name in history.”

Graham says he is more than excited for the program and his players when looking ahead to the final step in the quest for their fourth-straight 10th Region championship. GRC will face host Campbell County, who defeated Bourbon County 65-38.

The victory was anything but assured at the beginning.

A slow start gave the Lady Cards a one-point lead over Bishop to end the first quarter with a 12-11 edge. GRC’s Kennedy Igo would get a steal and the assist to Shelbi Wilson for the bucket at the buzzer, giving the Lady Cards the momentum going into the second quarter.

Things started to kick into gear for the Lady Cards just before the half, especially for Bri Byars, who converted back-to-back steals into two finishes at the rim and led the way to 29-20 halftime advantage.

A sloppy third quarter resulted in a low scoring affair for both GRC and Bishop Brossart. But the Lady Cards still had a 12-point lead, 36-24, going into the final quarter.

GRC struggled offensively during the fourth quarter, missing shots at the free-throw line. With the Lady Cards’ offense gone cold, Bishop Brossart was able to cut into GRC’s lead, resulting in a back-and-forth eight minutes of play.

Despite the struggles in the fourth, the Lady Cards were able to pull off the win and will play for another net.