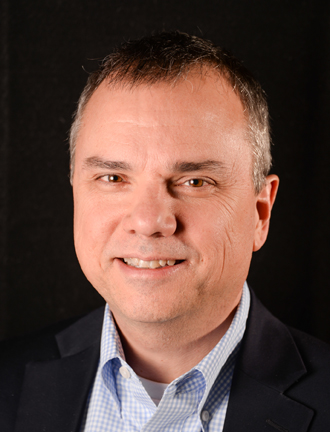 Steve Stewart is the publisher of the State Journal in Frankfort.

The infamous “sewer bill” that brought scorn to Kentucky legislators a couple of years ago apparently taught no lessons on transparency.

A couple of weeks after Kentucky newspapers worked with representatives of the Kentucky League of Cities and Kentucky Association of Counties on a compromise to keep important public notices in newspapers, state Rep. Steven Rudy, R-Paducah, chairman of the powerful House Appropriations and Revenue Committee, singlehandedly destroyed it.

The sewer bill authors, who attempted to overhaul Kentucky’s public pension system by amending an unrelated wastewater bill in the waning days of the 2018 session, would have been proud of Rudy’s maneuver.

Hours before lawmakers voted on a two-year state budget plan, Rudy inserted completely unrelated language allowing cities, counties, school boards, planning commissions and other local government entities to publish notices about tax increases, zoning changes, bid solicitations and other important matters on their own websites rather than in local newspapers.

Rep. Joe Graviss, D-Versailles, a champion of transparency, attempted to remove the public notice language on the House floor Friday but was unsuccessful, so it will now be up the Senate to call foul on Rudy’s power play. Reps. Angie Hatton, Mary Lou Marzian, Patti Minter, Terri Branham Clark, Maria Sorolis and Lisa Willner made passionate appeals on behalf of transparency before the House vote.

In an era when it’s fashionable for politicians to beat up on newspapers, lawmakers love to cast public notices as government subsidization of struggling newspapers. Given the state’s rush in recent years to privatize every manner of public service and to throw tens of millions of taxpayer dollars at boondoggles like the Braidy Industries aluminum mill and the KentuckyWired broadband internet project, it’s laughable to single out public notices in newspapers as corporate welfare. A typical local government spends 1% of its operating budget to purchase advertising space in the newspaper to keep citizens informed.

That said, what is a minor expense for local governments is a major source of revenue for community newspapers. Public notices in The State Journal fund the salaries and benefits for two journalists who cover this community and keep citizens informed. For many small newspapers under assault by economic forces beyond their control, the loss of government public notices would put them out of business — and leave their communities with no journalists to hold local governments accountable.

But sympathy for newspapers is not the reason to oppose Rudy’s backdoor blow to government accountability. A citizen interested in the important activities of local governments shouldn’t have to visit a dozen websites and surf endlessly to find the information. Under current law, The State Journal — like other local newspapers across the commonwealth — serves as a one-stop resource for public notices in this community. We publish them not only in the print edition of the newspaper but free online at State-Journal.com for nonsubscribers.  Concerned citizens should call and email state senators and ask them to keep public notices in newspapers.

Steve Stewart is publisher of The State Journal. His email address is steve.stewart@state-journal.com.

Our View: Words from the wise on women’s history

On occasion, we like to use this space to share words from some wise people of now and then regarding... read more