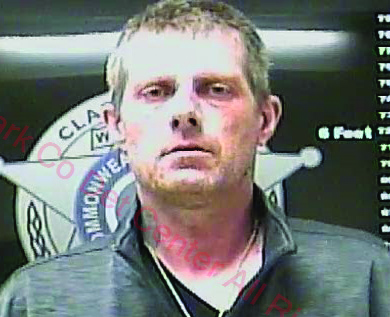 Police arrested a Mount Sterling man after a woman passed a note to a store employee saying she was afraid for her life.

Gary Wayne Hall, 38, of Mount Sterling, was jailed on several charged including strangulation and assault after police were notified Wednesday evening.

According to court documents, Winchester Police officers were called to Lowe’s on Bypass Road at 7:40 p.m. Wednesday by an employee, who said a woman gave him a note asking to call her mother and that she needed an emergency protection order. The note also said Hall “threatened to kill me.”

Officers found Hall and the woman inside the store when they arrived. The woman said they had driven from Paris and said Hall hit her in the face and choked her. She also said Hall pulled a knife and threatened to “gut her.”

The woman had a swollen and cut lip and red marks on her neck, officers said.

Hall was lodged in the Clark County Detention Center.

Our View: Preparedness is more important than panic

It seems every hour brings new information involving the novel coronavirus (COVID-19). School districts around the state are closing for... read more