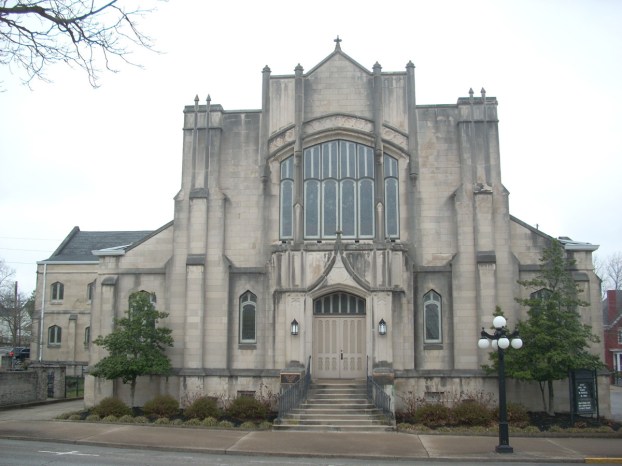 Where in the World: A look at the genealogy of Winchester

It seems like genealogy has become a growth industry of late.

Millions of people are working out their family history using courthouse records, libraries and websites like Ancestry.com. They are also trying to learn more about their geographic origins via DNA testing.

I thought it might be of interest to trace the genealogy and geographic origins of our community’s name — whence comes “Winchester?”

Most readers of The Sun have probably heard that our fair city was named for Winchester, Virginia. In the search for our roots, we might ask how that association came about.

Let’s begin with the formation of Clark County on Dec. 6, 1792, by the Kentucky General Assembly. That body also directed the county justices to meet at the house of John Strode and “fix upon a place to hold courts.” Later that month, Gov. Isaac Shelby appointed the first justices of the county court: John Baker, Abijah Brooks, Robert Clark, John Holder, John McGuire, James McMillan, Jilson Payne, Enoch Smith, William Sudduth and Hubbard Taylor. They did not get around to holding their first meeting until the following March.

At their July meeting, the justices “proceeded by ballot to choose a place whereon to erect the publick buildings for this county and it appears that a majority of the Justices are for their being erected on the land of John Baker.” A committee appointed to select the “particular spot of ground” for erecting a courthouse was to report back on July 30.

It was October before the committee finally announced they had selected the site of Baker’s spring. This spring would become an important water source in the town’s early years. (It was located on today’s Maple Street, near the Beverly White Towers.)

The justices then adjourned their meeting at Strode’s house, and later that day, met for the first time at the Baker’s house.

On Dec.17, 1793, the legislature responded with an “Act establishing a Town on the lands of John Baker…to be known by the name of Winchester.”

In January, Baker protested that the site near the spring was totally unsuitable for a courthouse, and the justices, reconsidering, agreed.

They ordered that the public ground “be fixed on the ridge before John Baker’s door…at or near where John Baker now lives.” Baker’s house stood on the site where the Citizens National Bank was later erected at the corner of Main and Court streets.

In tracing the Winchester name back to Virginia, we are relying on the Clark County Chronicles, published by the Clark County Historical Society in The Winchester Sun in the 1920s: “John Baker, the founder of the town of Winchester, Kentucky, came to the new State from Winchester, Virginia.” Sounds plausible. I did find a John Baker residing there in 1788, but cannot prove it is the same man.

Frederick County, Virginia, was formed from Orange County in 1738. Col. James Wood, the county surveyor, laid out the county seat then known as Frederick Town but soon renamed Winchester.

The town lay on the west side of the Blue Ridge Mountains on one of the most important migration paths in America. Called the “Great Wagon Road,” this route became the path traveled by many thousands of immigrants through the Valley of Virginia seeking new lands on the western frontier.

George Washington made Winchester his base when, at age 16, he began surveying land in the area. He returned during the French and Indian War. As commander of the colonial forces, he made his headquarters at Winchester. And it was from here that Washington held his first public office, when elected to the House of Burgesses in 1758.

Located 60 miles northwest of Washington, D.C., with a population of 28,000, Winchester bills itself as the “Apple Capital” of the nation.

Col. James Wood was responsible for Frederick Town being renamed Winchester, after the town where he was born in Hampshire, England, in 1707.

Winchester was one of England’s ancient capitals.

The first permanent residents of the area belonged to a Celtic tribe, the Belgae, who settled around 150 B.C., establishing a hill fort and trading village.

When the Romans arrived in the 1st Century A.D., they built their own town at Winchester that they called Venta Belgarum, or market place of the Belgae. The town was laid out in a grid pattern with stone walls enclosing splendid houses, shops, temples and public baths. When Roman rule ended around 410, the town fell into decline.

During the Dark Ages that followed, the area was populated by Germanic tribes, the Angles, Saxons and Jutes. The Saxons called a Roman settlement a “caester,” and so Venta Belgarum of the Romans became Venta Caester. That soon evolved into Wintan-caester, which was further corrupted to Winchester.

Winchester’s most famous son is Alfred “The Great.” After defeating the Vikings in 871, King Alfred established Winchester as his capital, and the town began to flourish again. Following the Battle of Hastings (1066), Norman invaders took over the town. The city grew during the Middle Ages, becoming a cultural and industrial center. Today, its architectural and historical importance has resulted in Winchester becoming one of the most expensive and desirable areas of the country. It is located 60 miles southwest of London and about 15 miles north of the English Channel.

And there you have it: Winchester’s proto-ancestor is Venta Caester, or its alter ego, Wintan-caester.

Where in the World: Growing hemp in Clark County