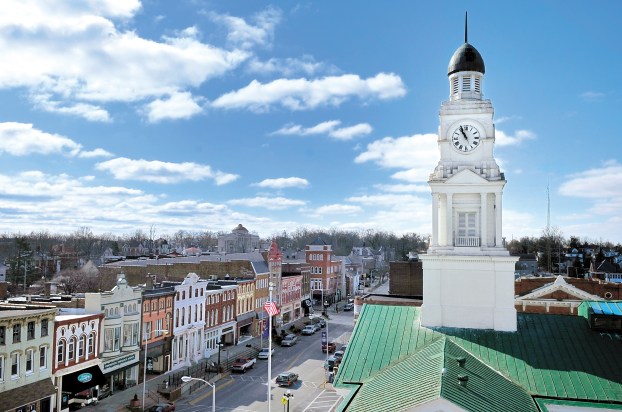 County officials will have a special meeting this morning to discuss appointing an interim treasurer, less than a week after firing the previous treasurer for making an unauthorized transfer.

The agenda lists considering an order to name an interim treasurer and a closed session to discuss personnel. No other action or discussion items are listed.

During the court’s regular meeting March 11, the court voted 4-2 to terminate the employment of treasurer Jerry Madden, following a two-hour closed session.

On Friday, Clark County Attorney William Elkins released a statement  saying Madden “committed an unauthorized act” when he transferred $7,996 within the county jail budget without the approval of the fiscal court.

During the fiscal court’s March 3 meeting, Madden said he overlooked a purchase order which led to a negative balance in a line item within the jail budget. The transfer for that matter was on the agenda for the court’s Feb. 27 meeting, which was postponed when the magistrates did not receive their information packets soon enough before the meeting.

Elkins said the computers were not surrendered until March 5.

“Because the computer hardware was retained, used after business hours and retained for na additional two days, forensic analysis may be unproductive and too expensive to pursue,” Elkins said in his statement.

Elkins’ statement included a copy of an email between Madden and the Department of Local Government, which said the only way to fix the negative balance would require a special meeting on Feb. 29. The special meeting, though, did not occur until March 3.

Madden, though, said he was told the transfer would be approved retroactively by Clark County Judge-Executive Chris Pace.

“You advised me to make the adjustment to the February account so I could print out the report that (Magistrate Daniel Konstantopoulos) wanted,” Madden wrote in a March 4 letter to Pace. “You advised that you were going to make the transfer retroactive and that you had already secured the votes from the magistrates for the transfer to take place.

“Based upon your instruction, I made an adjustment in the computer to show the transfer. There was never any actual transfer and no distribution of funds for that account because the transfer had not been voted on by the Fiscal Court. The adjustment I made was only for the purposes of creating the report.”

Courthouse offices to be closed to public

The doors to the Clark County Courthouse will remain open unless and until the Administrative Office of the Courts decides... read more