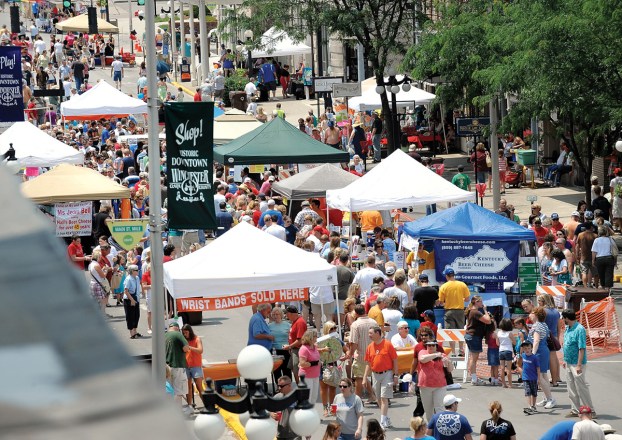 For the first time since 2009, there will not be a Beer Cheese Festival in downtown Winchester.

The festival committee announced the cancellation Thursday morning, and is looking toward June 2021 to resume the annual festival.

“We made the decision based on everything that’s going on,” Beer Cheese Festival committee chair Jenny Bailey said. “There were so many unknowns. We took into consideration the economy is looking bad right now. The factor of so many people down here … People may be gun shy about being with crowds after this.”

The festival, which started June 13, 2009, celebrates Winchester as the birthplace of beer cheese. The one-day festival grew to the point it attracts thousands of people annually to sample beer cheese from local vendors and vote for their favorite.

The annual event is a fundraiser for the Main Street Winchester program, and the Clark County UK Alumni Association also operates a beer garden to fund scholarships.

Losing those opportunities to help the community hurts as well, she said.

“It’s a source of pride for us,” Bailey said, “and we felt we were letting our community down. We were devastated to make that decision. We wouldn’t want anyone to get sick or our vendors to have poor sales.”

Jail officials were among the first to implement visitor restrictions as the coronavirus pandemic started to grow in Kentucky. A... read more