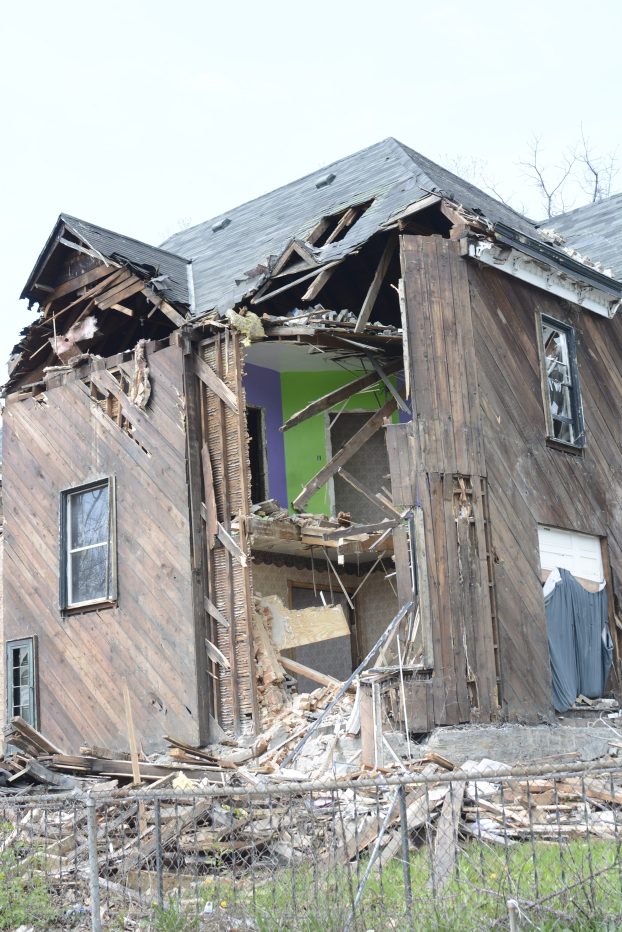 For more than 120 years, the great house towered over Lexington Avenue.

It was built by the Bloomfield family, Winchester clothiers for several generations, sometime between 1895 and 1901, when either Grover Cleveland or William McKinley was president, England’s Victoria was empress of India, the Klondike gold rush was underway, the horseless carriage was in its infancy and the first modern Olympic Games were held.

Now it is going or gone.

Tuesday afternoon, heavy machinery was at work tearing down the house.

The foreman from Clay City said some company owned the property.

But until the 1990s, it was still occupied by an elderly member of the Bloomfield family.

It had deteriorated in recent years.

Mary Bloomfield said she and her husband had driven by recently, and he said it didn’t look like the new owners were taking care of it, and he guessed that it would be torn down within two years.

It happened in less time than that.”

Mary Bloomfield said she and her husband never lived together in the house, but they visited many times.

“It had chandeliers in several rooms,” she recalled, and when it was sold, her son insisted on having one of them. It’s still in their basement because it wouldn’t fit inside her son’s New York City apartment, she said.

Clark County Public Schools has increased its number of mobile meal routes for delivery of lunch and breakfast to students,... read more