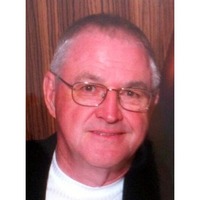 James was born, December 18, 1943 in London, KY to the late Malcolm Jr. and Dora Edna Wilson Wells, he was a retired principal with the Clark County School system, an avid hunter and fisherman and a faithful servant of God, who loved his church and was devoted to his family. He was a member of the Richmond House of Prayer.

Due to current governmental restrictions, a private funeral will be held with burial following in the Madison County Memorial Gardens.

A memorial service will be held at a later date.

In lieu of flowers, the family suggests donations be made to the Alzheimer’s Association, 6100 Dutchmans Lane suite 401,Louisville, KY 40205-3284.

Messages of condolence can be sent to Tammy Lancaster at 377 Poplar Gap Road, Orlando, Kentucky, 40460.