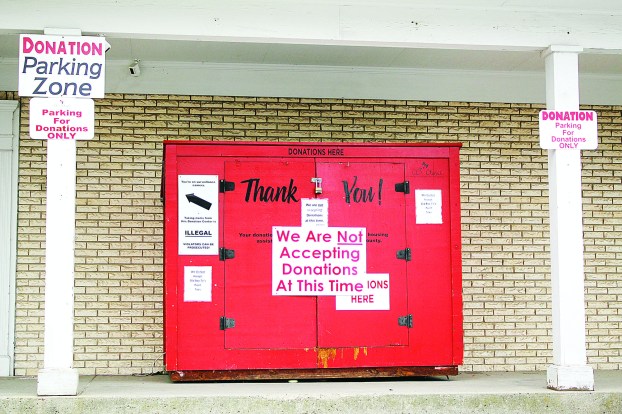 As the coronavirus pandemic continues to evolve, so does the response from local agencies, including the non-profits designed to help the community.

There’s been plenty of change, but Fatkin said the organization is serving more people than before.

“We’ve had time to tweak things and make it better,” she said.

One of the early changes was distributing food from the front of the building, rather than having clients come inside, she said. It’s evolved even more as days and weeks have passed to limit person-to-person contact as much as possible.

“Now it’s ‘put your ID on the dashboard, we’ll take a picture and put the food in your trunk,’” Fatkin said.

CCCS has also added a delivery service for those who can’t get out or would need to ride with someone else.

At a time when stores are allowing only one person from a household inside the store, the same needs to apply to driving anywhere, to limit the spread of the virus.

“One of the biggest concerns is our client base … for assistance, doesn’t truly understand the severity of COVID-19,” she said. “I’ll have three different households pull up in the same car.”

Fatkin said there are volunteers on standby to make deliveries for CCCS every day.

As the pandemic has continued, Fatkin said she has seen more people seeking help and former clients return after losing their jobs.

“Because of the people we see, we know a lot have lost significant income,” she said.

A number of those were able to support themselves for a number of years, but have had to return following job losses or changes.

New clients have increased as well.

Typically, CCCS will add about seven new clients in a given month, she said. In the last half of March, 28 new people came in seeking help, she said.

The good news is there is help coming to many of her clients. In addition to the federal stimulus checks, limits were increased for SNAP benefits.

Most senior clients at CCCS only get $16 a month, Fatkin said.

“During COVID, for April and May they are increasing (the amount) to the maximum for a household,” she said. “For one person, that would jump to $194.”

Another client raising grandchildren saw her benefit increase from less than $200 to more than $500, she said.

With the federal stimulus funds arriving for residents, Fatkin’s concern is people will use it for frivolous purchases or a “reward” for the situation.

Fliers are being distributed suggesting using the money to cover rent and utilities, while saving anything left.

“If this has not affected you financially, you need to consider how to spend that money to help your community,” she said.

Restrictions and limitations on in-person court proceedings were extended through the end of May in an order from the Kentucky... read more