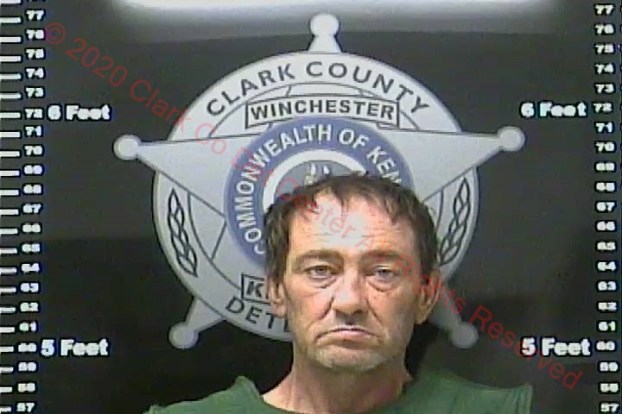 Police charged a Winchester man with assault after he allegedly stabbed another person on Depot Street last week and set a fire inside a vacant home.

Michael D. McIntosh, 45, of 850 Bypass Road, was charged with first-degree assault and first-degree criminal mischief for the incidents.

The assault happened around 8 p.m. April 22.

There are a number of inconsistencies between the accounts of McIntosh and the victim, 63-year-old Ernest Campbell, Hall said.

“(McIntosh) claimed he’d known him for some time,” he said. “The victim says he didn’t know him very long. (McIntosh) claims it was during a dispute, but that’s not what we’re getting from the victim and the witness. (Campbell) is saying Mr. McIntosh just jumped on him and stabbed him without cause.”

According to the arrest citation, Campbell’s nose was cut off and he had other facial lacerations. Hall said he has since been released from the University of Kentucky Medical Center after surgery.

Campbell told police McIntosh had a knife during the fight and kept putting him down on the ground.

According to the arrest citation, firefighters spoke with McIntosh, who said he had fallen asleep inside the house while smoking. McIntosh said he tried to extinguish the fire with what he thought was a blanket, but it was a shower curtain.

The property owner told police McIntosh was hired to pick up around the house, but did not have permission to be inside.

According to the arrest citation, WPD Detective Shane Southwood went in the house Monday and found extensive fire damage on both floors, including burned wiring and water lines.

McIntosh is being held in the Clark County Detention Center.

BRODY: We all have an inner light. Let yours shine

“People are like stained glass windows. They sparkle and shine when the sun is out. But when the darkness sets... read more