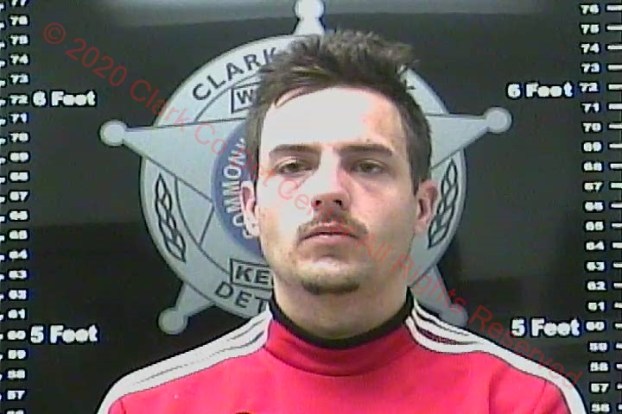 Burglary charges are pending against a man who allegedly broke into a vacant building to spend the night.

According to Winchester Police, officers were called to 37 1/2 S. Main St. Wednesday night after someone reported seeing broken glass outside the building.

When officers went inside to investigate, they found 30-year-old Charles Anthony Parker sleeping inside, next to an open oven door to provide heat, Winchester Police Capt. James Hall said.

In recent days, Hall said the department has received several reports of people breaking into vacant downtown buildings. So far, nothing has been reported as missing, he said.

“We’ve been doing extra patrols on Court Street,” Hall said. “The property owner said someone has entered the building. We had officers check the building. Someone made access to the roof and went into other buildings.

“All indications are we have some homeless people seeking shelter in the vacant buildings. That was the case with Mr. Parker.”

Parker was arrested and charged with second-degree burglary and third-degree criminal mischief.

Police are continuing to patrol the area, he said.

“We have officers circulating through the area and keeping an eye on empty buildings as best we can.”

Another case of the novel coronavirus (COVID-19) has been confirmed in Clark County, bringing the county’s total to 20, the... read more