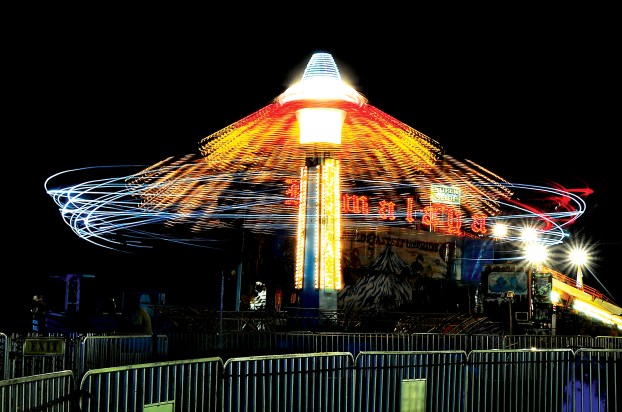 County fair canceled because of coronavirus

The Clark County Fair became the latest victim of the coronavirus Friday.

The annual event was scheduled to kick off in about six weeks, fair board president Melissa Clark said.

“We wish things were different, but they’re not,” she said. “We hope to reschedule some events later in the summer.”

Clark said most of the work was done. The schedule was nearly set. The program was about to go to the printer.

“Six weeks out, you pretty much have to have everything set out and planned,” she said.

The final decision was made Thursday night.

“We have just been discussing it for a little while now,” she said. “We just feel, with the restrictions in place, that it couldn’t happen.”

This is the first time in Clark’s memory that the entire fair has been canceled.

“Just about every year, we have to cancel a day because of rain,” she said. “It was pretty hard (to decide to cancel) because we knew the community would be disappointed, but no one’s more disappointed than the volunteers planning it.

“There were things that were important to look out for and take care of.”

Rescheduling the entire fair wasn’t a viable option, as county fair season starts in late May. While some counties may still have their fairs, others will have to cancel as well, she said.

The Clark County Fiscal Court opened its budget discussions Wednesday, though no one is really sure what to expect. The... read more