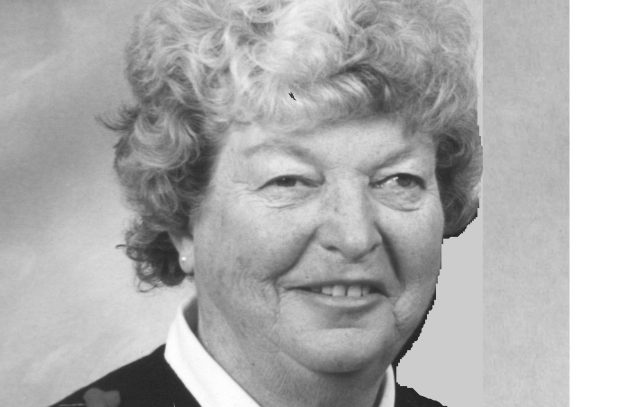 Born in Washington, DC on December 13, 1938 to the late John Hedges Reed and Thelma Kathleen

Thompson, Jackie grew up in Lexington, VA with two sisters, both of whom preceded her in death: Joan Thompson Martin and Jane Thompson Thompson.

Jackie expressed her love of family and friends by gathering them to her dinner table. There were never too many people to feed. She was a member of the First Presbyterian Church where she sang in the choir for many years.

She and Pete co-owned their Christmas tree farm and she was President of Kovalic Forest Services, Inc. Jackie worked alongside Pete marking timber until she was no longer able to walk in the woods due to rheumatoid arthritis. After that, they communicated via two-way radios. Even though Jackie could not do physical work on the tree farm, she continued mowing grass (as well as mowing down trees or causing “mower disease”).

Jackie started riding horses when she was 6 and taught all her children, as well as many others, to ride and show.

In lieu of flowers, donations may be made to the First Presbyterian Church, Winchester, KY, Hospice East and Palliative Care Partners, or the Clark County Animal Shelter.

May 1, 2020, as the sunset shone through her bedroom window, the grand finale of the life of Mildred Crawford,... read more