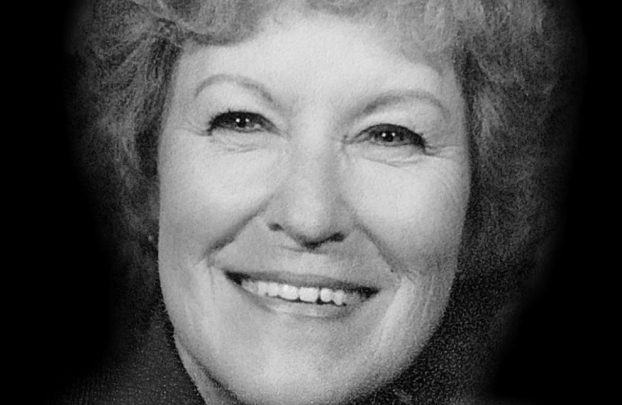 May 1, 2020, as the sunset shone through her bedroom window, the grand finale of the life of Mildred Crawford, 87, played out per her final wishes. The loving soul of Mildred was peacefully carried Home while her three girls sang “Swing Low, Sweet Chariot.” She was the devoted wife of her high school sweetheart, Joseph Neal Crawford from the day they married, June 1, 1950, also their graduation day, until his passing in 2017.

As a young Army wife, Mildred enjoyed singing in many venues including with Homer Ledford’s band on a local radio station. Some of her favorite songs to sing, included “Chattanooga Shoe Shine Boy” and “Blow, Gabriel, Blow.” One of her fondest memories was flying with her Colonel from Wright Patterson Air Force Base where she worked until she told him she wanted to start a family and was “willing to live on beans to have babies.”

After starting a family in Ohio, they moved back to Winchester, KY to raise their children near family and established Pine Knoll, a 10-acre farm on L & E Junction Road. Always hard-working and resourceful, she single-handedly renovated their 1884 home while cultivating and maintaining the acreage, and simultaneously helping to manage the family business, Crawford Tool & Die.

Devoted Mama, Nana, Sister, and Aunt, Mildred loved her immediate and extended family members with the fierceness of the Leo she was. Time spent with family and friends at reunions was her favorite thing to do, and her love of the Brashear Farm was apparent to everyone who knew her. She also loved the many family trips to the beaches of the Carolinas where she would be enthralled with dolphins, shells, and lighthouses. Her love of the Brashear Farm and the ocean will be carried on, especially in her three grandchildren she affectionately called “Sugar, Boo-boo Bear, and Pink Bunny.”

Some of the many special people in Mildred’s life include her former son-in-law, Doug Dowdy and her late son-in-love, Johnny Powell. Both of them considered her their “roll” model and loved her dearly. Her son-in-law, Russell, will always remember their Mondays spent together when he would drive her to run errands and check out the latest “As Seen On TV” items. John Ferrell’s fondest memory is of her singing her robust version of “Shortnin’ Bread.”

Mildred enjoyed gardening and landscaping, watching birds and wildlife, and fixing things. A common nickname for her by her children was “George,” because she often spoke of doing “man’s work.” She was ingenious when it came to repairs and modifications to help

maintain her home right up until just days before her passing. It was not unusual to catch her digging up a shrub in her yard to move it even into her mid 80’s. She also loved the many dogs she and her family had over the course of her lifetime, but her Pomeranian, Baby, had become her sole, constant companion and was very special to her.

Strong in her Christian faith, Mildred was a member of Our Redeemer Lutheran Church of Lexington where Pastor Michael Huebner and the women’s group lovingly welcomed her. Since she was anything but typical, Mildred requested no usual visitation and funeral,

but instead will be joyously celebrated and interred at Doc’s Point of the Brashear Farm at a later date when “All’s well.”

Memorial contributions may be made to The Brashear Farm, 548 Barlow Dr, Winchester, KY 40391 or to Hospice East.