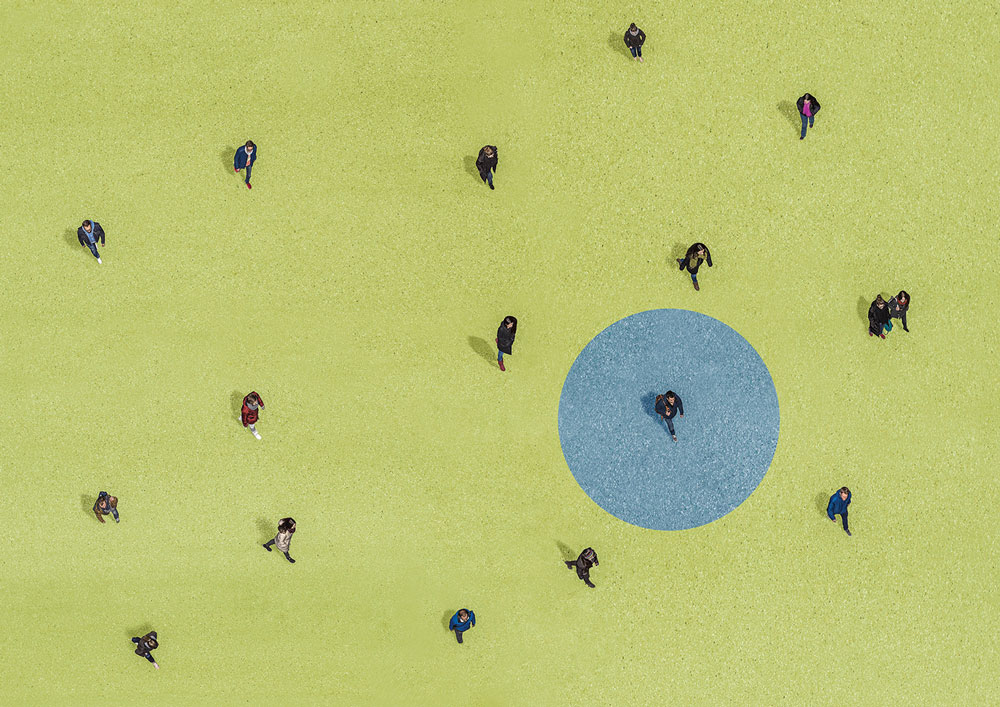 With guidance from local, state and federal government to implement social distancing measures because of the potentially deadly coronavirus outbreak, two agencies have been tracking how well Americans are doing at complying.

The research is based on anonymous cellphone data aggregated into two sets of data — one is a study by Google and SafeGraph, the other is an interactive database compiled by The University of Maryland and the Maryland Transportation Institute.

According to The Post’s analysis, the rates of social distancing vary by geography.

“People in some counties appear to barely leave their homes, especially in large metro areas, including hard-hit New York, Detroit and Chicago. People in areas that are less populated tend to leave a bit more,” The Post found in its analysis.

“In general, people in rural areas are away more than people in urban and suburban areas, in large part because stores, services and essential workplaces are much farther away and delivery services are rare or nonexistent. But the trend lines are very similar across all types of places.”

SafeGraph determines when people are home by obtaining GPS data through pings from smartphones running one or more apps from an undisclosed list. “Home” is a common location that a phone pings between 6 p.m. and 7 a.m.

Data is collected from an average of 18 million phones per day.

Google data then tracks the users via their Google accounts and compares their data to what they were doing before stay-at-home orders were issued.

In its analysis, The Post found that people were traveling to parks and grocery stores, but not to their workplaces.

“The percentage of phones (and presumably, their owners) in workplaces dropped steeply in mid-March and has barely risen,” The Post reported. “More than 30 million people have filed for unemployment benefits in the past six weeks.”

The University of Maryland study looks closely as how social distancing trends have changed since January, when the first case of the coronavirus was recorded in the U.S.

According to the database, Clark County’s social distancing efforts have been largely in line with the state’s overall efforts.

Kentucky’s first case was reported March 6, which involved a Harrison County resident who was hospitalized in Lexington.

The database indicates that Clark County and Kentucky’s social distancing efforts are returning to those prior to the first reported case in the state.

On March 1, Kentucky’s social distancing index (SDI) was 33, while Clark County’s was 38. As of May 8, the latest date for which data is available, the rate for the state and Clark County was 33.

The state and county hit their highest SDI April 12, which also happened to be Easter Sunday.

The database also looks at mobility during the pandemic, which includes things like the percentage of people staying home, trips per person, miles traveled, trips taken and public transportation.

As of May 8, 23 percent of Clark Countians were staying home, with an average of 3.37 trips per person. Of those trips, 2.87 were not work-related trips.

The database also digs into things like COVID-19 and health, which includes data on total number of cases, days of decreasing cases and testing capacity; economic impact, which includes data on unemployment rates and claims; and the vulnerable population, which compares data based on age, median income, race, gender and more. The complete interactive database can be viewed at https://data.covid.umd.edu.