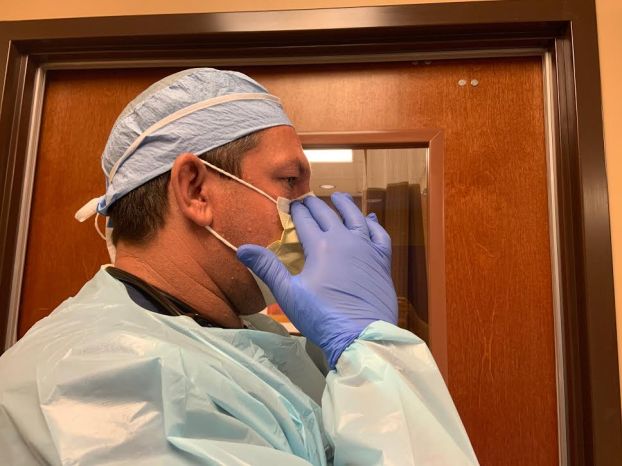 April was the cruelest month for the coronavirus in Clark County, but there have been only 20 confirmed cases so far, and that’s far fewer than the local hospital expected.

William Haugh, interim chief executive officer of Clark Regional Medical Center, said Friday that the hospital was prepared to be inundated with COVID-19 illnesses in April and May, but it never had more than a few cases.

Because of concerns about medical privacy laws, LifePoint Health, which owns Clark Regional, won’t disclose the number of COVID-19 patients admitted to its facilities.

Haugh said if most patients in Clark County and the other counties in the hospital’s service area, including Powell and Montgomery, had been treated at the Winchester hospital, it still would have been a small number.

As of Monday evening, there were 6,677 COVID-19 cases identified. Of those, at least 1,684 have been hospitalized, according to Becky Kissick, Clark County’s public health director.

Because of employee privacy rules, Haugh also declined to say how many, if any, of the staff at Clark Regional tested positive for the virus or got sick.

Clark Regional has partnered with other hospitals, including the University of Kentucky Medical Center, to deal with the coronavirus pandemic, and was part of UK’s emergency operations plan, Haugh said. 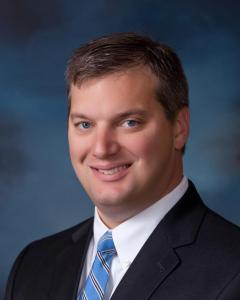 “We had plans and processes in place,” Haugh said, that included UK taking COVID-19 patients from Clark Regional and the Winchester hospital accepting overflow cases with other conditions from UK to make room for COVID-19 patients.

“We did transfer a few from UK” to Clark Regional, but “the surge never came, so we never had to use the plan,” though the protocols were in place to do so, Haugh said.

The two hospitals also never had to share ventilators or other equipment, he said.

Haugh said UK has done testing for the virus for Clark Regional and has had the results back within 24 hours.

The CEO said the community hospital was “always ready,” and COVID-19 would have been treated the “same way as any other infectious disease.”

For hospitals to be able to cope with the expected crisis, Gov. Andy Beshear ordered that they only provide emergency surgeries and treatments until further notice.

Protocols put in place included testing those who came into the hospital and taking their temperature to determine whether they had a fever, not allowing anyone to come into the hospital with the patients, with a few exceptions, mostly involving children, and requiring non-emergency doctor visits to be done via teleconferencing.

“It was new territory for everybody,” Haugh said. “Looking back over the last two months, out of everything  that happened, what stood out for me was how slow it got,” how the number of patients the hospital normally received dwindled.

“Our overall volume has been down significantly,” he said.

Emergency room visits at CRMC have dropped by 60 percent, outpatient visits are down 70 percent to 80 percent, and inpatient care is also down, Haugh said.

Across the country, hospitals have had to reduce employees. Clark Regional had some employees who voluntarily took temporary leave, but with partial pay and benefits, and they could draw unemployment.

Two weeks ago, when the governor began allowing some businesses to reopen for in-person service, he began with health care.

Hospitals were allowed to have outpatient or ambulatory care visits, and last week, Beshear allowed hospitals to begin to do more elective surgery and non-emergency procedures.

“We started on Wednesday,” Haugh said Friday. “We’ve done some” outpatient care, but won’t do any inpatient care until May 18.

Haugh said he expects there to be “some pent-up demand” for hospital services, but it was “manageable.”

Some patients who feel uneasy about returning to the hospital will continue to postpone appointments, he said, but what he and others at Clark Regional have noticed is that most patients are ready to come back.

“They’re not as concerned as one may think,” he said.

Haugh said the safety procedures put in place when the hospital was on partial lockdown, such as not allowing visitors and requiring social distancing, testing and personal protective equipment, will remain in place to ensure the safety and health of patients and medical personnel.

Anyone who gets sick or has pains or symptoms should not hesitate to go to the hospital and be checked out, Haugh said.

“Of all the places you can go right now, I would say the hospital is probably the safest place you can be,” he said.

The third alleged shooter in a 2018 incident that resulted in the death of two 16-year-old girls pleaded guilty to... read more