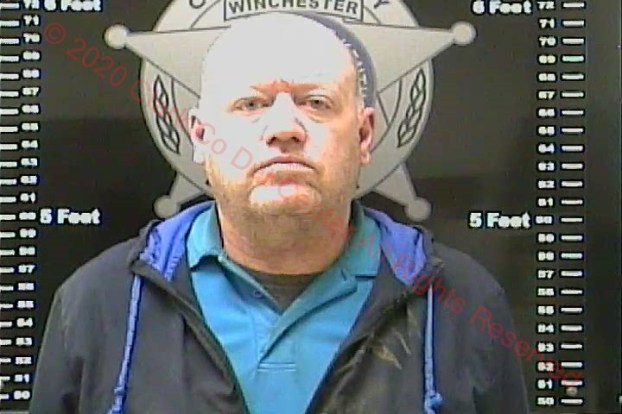 A Winchester man is facing felony abuse charges after his father was found with burns on his legs in a trash- and feces-filled home.

Robert Ratliff, 52, of 130 W. Lexington Ave., was arrested Sunday for one count of first-degree criminal abuse.

According to the citation, Winchester Police officers were called to the residence Sunday after receiving a call from a woman who had been in the home the day before.

She said the victim, who is 83 years old and unable to walk, had been in the same adult diaper since Wednesday.

The house, officers said, was “In very dire conditions. The house reeked of urine and feces, both animal and human.”

Trash was scattered throughout the house, and urine appeared to be leaking through the first floor ceiling into the kitchen.

The 83-year-old man was found sitting in a chair, and was later transported to Clark Regional Medical Center.

Ratliff said the house did not have water connected. Ratliff said he works in Lexington 10 to 14 hours a day and cannot be with his father full-time.

Officers said they were unable to enter some of the rooms in the house because of the amount of feces and garbage. Some doors were blocked by trash or what appeared to be two-liter bottles filled with urine.

Officers found no food or water in the home.

Ratliff was lodged in the Clark County Detention Center