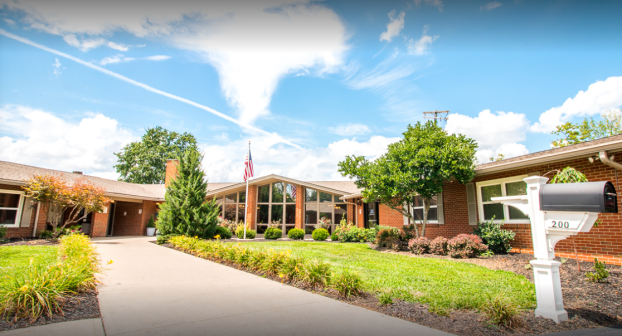 Thirteen residents at Signature HealthCARE at Fountain Circle have tested positive for the novel coronavirus.

In a press release, Ann Bowdan Wilder, a spokesperson for the Winchester nursing home and its parent company confirmed that as of 1 p.m. Monday, 13 residents and five employees had tested positive for the sometimes fatal virus.

When the first two positive cases involving employees were reported Thursday, there were not yet any residents who were known to have the illness, but a statement by the company had indicated there could be a “subsequent sudden increase” in the number of cases, not because of “outbreak,” but as a result of “an intentional strategy to identify the presence of the virus” in the facility and move swiftly to contain it.

The statement issued Monday said that after its first confirmed cases last week, Signature HealthCARE had implemented testing for everyone at the facility to determine the scope of the virus and contain its further spread.

“From experience in using a faciLity-wide testing approach, we know that the first confirmed positive case numbers in a facility may be relatively low, but after all facility-wide testing results come in, the initial numbers may grow extensively, and quickly,” the statement said.

It is a common “misunderstanding among outsiders” that this indicates an outbreak of the virus, but those higher numbers actually indicate the strategy to “test everyone and respond in the most proactive manner possible,” the press release said.

Chris Cox, chief operating officer for Signature HealthCARE, said preparations for the virus have included staff screening themselves and residents daily, readily identifying anyone they think might have the virus, and testing them “right away.”

Staff then telephone the responsible party or guardian of the resident to notify, brief and counsel that person, and it is then their choice to decide whether to notify other family members. By law, the nursing home staff can’t do so.

The nursing home will also contact the residents’ physicians.

Concerned family members and others can call a phone number to learn the latest number of residents and staff members who have been confirmed: 859-349-0518. The recording Monday was not current regarding the number of positive cases, but it said that no residents had died or recovered.

According to the recording, mitigation actions implemented to reduce transmission include all residents who test positive in one unit of the facility. That wing will have separate staff and supplies. Access to the facility will be restricted to outside visitors “except under very specific and critical circumstances.” There will be an infectious disease control specialist or infectious disease physician on staff or on call, who will monitor cases and provide guidance to the staff.

The nursing home said it will also work closely with the Clark County Health Department and other local agencies in following up with their guidance.

Clark County Public Health Director Becky Kissick said in an email Monday that the 13 residents who tested positive range in age from 50 to 100 years old, but she could give no further details about them because of medical privacy laws.

The patients are being isolated from other residents in compliance with Centers for Disease Control and Prevention guidance, Kissick said.

“The Health Department is working with the state Department for Public Health and the facility to ensure to the health and wellbeing of all residents and employees,” Kissick said.

Clark County Judge-Executive Chris Pace said Monday afternoon that of the five workers who tested positive, two were from Fayette County, two from Montgomery County and one from Clark County, and they had all been sent home to self-isolate.

“We are working to ensure that those positive cases are contained to that facility,” Pace said of the residents.

COPING WITH COVID-19: As millions of Americans lose jobs because of coronavirus, they look to overwhelmed unemployment insurance program to…