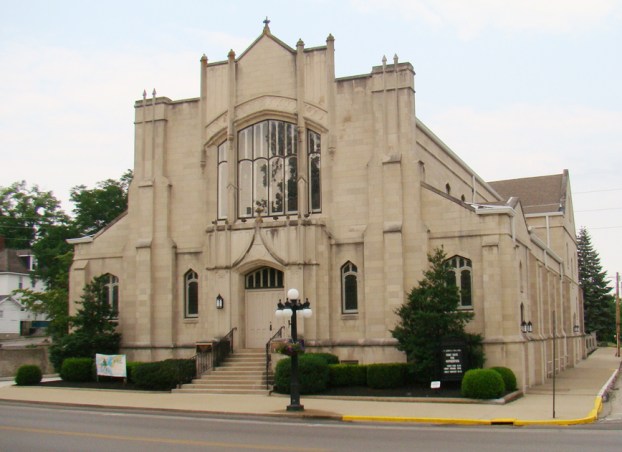 Churches grappling with reopening, recovering from effects of virus

With permission from the to reopen, local churches are grappling with the decision of when to reopen, and what services may look like.

Gov. Andy Beshear said churches can reopen to live services after May 20, within established social distancing and other guidelines.

The Rev. Farley Stuart, pastor at First United Methodist Church, said plans were announced that services would resume May 24, but those have since been postponed.

“We will go back soon,” Stuart said. “No one’s jumping to go back. I thought they all would.

“We’ve made preparations and gotten supplies to meet the guidelines.”

Stuart is not alone in waiting to resume live services.

“For us, the governor’s guidelines” will decide, said the Rev. Jerry Johns, pastor of First Christian Church. “Until we can meet those, we aren’t going to go back. We do not have a date.”

Two months into the pandemic, information continues to change daily, which then affects any plans in process.

The Rev. Mike McCormick at Calvary Christian Church said they have a plan, but no time frame.

“What we have done so far is make a clear process to determine that,” he said.

For First Baptist Church on Highland Street, the decision will be based on the governor’s guidelines as well as what happens in the weeks to come, including whether the number of cases spikes.

“The demographic we serve is in the high-risk group,” Pastor Marvin King said. “We want to see how the numbers look in the partial reopening.”

A number of legal challenges has been filed in federal courts about Beshear’s emergency declarations stopping in-person worship services.

On May 8, a federal judge issued a temporary restraining order preventing the state from prohibiting gatherings for in-person religious services, provided social distancing and hygiene guidelines are met. The following day, the state amended its order to remove faith-based organizations.

Still, there are risks about reopening. One of Johns’ biggest concerns is about singing. He cited a church in Vancouver where 87 percent of the choir members tested positive for COVID-19, and four eventually died.

“How do we do that?” Johns said. “Can the choir sing at all? This is a risk. The governor’s guidelines are very restrictive on singing. The people at First Christian Church understand about singing. We want to do it safely, but we want to sing.”

There are a number of guidelines to meet, including sanitizing spaces, taking temperatures and social distancing as well.

“We feel we have a large enough facility that people can spread out,” Stuart said.

“It’s a tough decision,” Stuart said. “Nobody’s got the answer. What are the ramifications? We could plan all we want, and they may not allow us to open.”

There is still the need for ministry in the meantime, whether it’s maintaining relationships with the congregation or meeting the needs of the community.

King said his church has had to suspend some of its programs, but the church’s food pantry has grown significantly in the last two months.

“That’s one ministry that’s been gaining momentum,” he said.

Prior to the pandemic, King said, the pantry would serve more than 70 families a month. Now, the church is exploring adding a second day. Currently, the food pantry is open for three hours on Saturdays.

The community, he said, has stepped up to help with the increased demand for food to stock the pantry.

In a time when there are no in-person services, some churches have seen a reduction in giving from the congregations.

A poll from the National Association of Evangelicals indicates approximately 65 percent of churches experienced a decrease in giving during the COVID-19 pandemic, when health guidelines recommended staying home. Many states, including Kentucky, restricted public gatherings including church services.

According to NAE, the survey included more than 1,000 churches across the 50 states.

Of those, 34 percent of churches said giving had slowed by 10 to 29 percent. Another 22 percent saw a more than 30 percent decline, and another 9 percent said they have lost more than 75 percent of offerings.

Some, though, actually saw giving hold pace or increase.

Stuart said giving was down, but the church has been able to pay its bills.

“Actually, it’s been pretty good,” Stuart said. “We’ve done enough to survive and meet our expenses. Our folks have been very responsive.

McCormick and Johns said their churches have been generous, and giving is holding steady.

They know they are fortunate, and the situation could still change.

Johns said one of his congregation was just furloughed, so he fears a significant drop may still be coming.

“To this point, we haven’t had a significant drop,” Johns said. “I anticipate it hitting later in the summer. We tend to hit a drop in offerings every summer. It may hit this Sunday.”

For the time being, all say they are planning to continue with online services.

For McCormick, preaching to a camera feels more personal than with a sanctuary full of people.

“It’s interesting preaching to an empty room,” he said. “It is awkward, but there’s something that feels a little more personal. As it is now, I only look at one place (rather than around the congregation). It’s just a camera. I just talk to whoever’s on the other side.”

It’s still an empty room, though.

“One of the things that’s helped me adjust is focusing on the message,” King said. “Preaching has gone back to its roots. If we preach authentically, we focus on the message. I’ve really focused on the message of hope.”

The toughest part for Stuart and Johns alike has been the lack of in-person contact with their congregations.

“I think it’s the in-person support in times of need,” Stuart said. “We’ve been fortunate not to have a death or a major situation.”

“The way I describe it is… On a Sunday morning, I see a certain set of people, and I measure their responses,” Johns said.

The ones you don’t see regularly are the ones to follow up on.

“Right now, it’s everybody,” Johns said, “because I’m not seeing everybody. I have deployed my elders and deacons to make sure they’re checking on people.”

There have been incidents, though, where Stuart normally would have gone to visit people. One church member had a major stroke. Another lost her mother, Stuart said.

“I couldn’t go and put my arm around her,” Stuart said. “Those are the things, for me, that I struggle with. I’m also very thankful we’ve only had a couple of people go to the hospital, but for short stays. I couldn’t go. I couldn’t be there. The other things will take care of themselves.”

The simple act of worshipping with other believers is hard to replace.

“For me personally, the joy of worshipping together is difficult to lose,” Johns said.

“We love to fellowship and be together, so it’s limited our ability to do that,” King said. “It’s been very different. Part of what makes church what it is is the relationships. Nothing replaces the relationship part of it.”

A special sendoff: Moms team up to honor GRC Class of 2020

A group of Winchester moms have “gone rogue,” but in a good way. Their goal is to make the best... read more