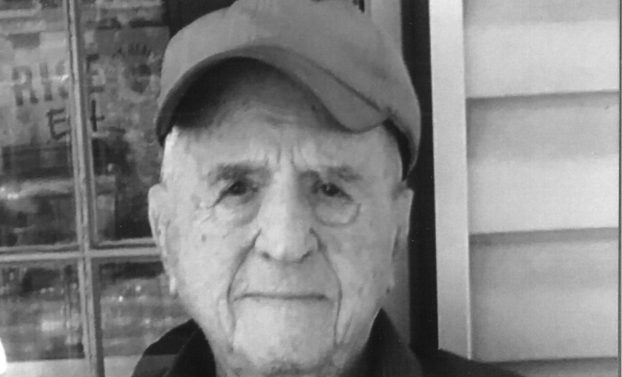 Raised on a farm in Mt. Sterling, KY, he enjoyed playing basketball throughout his school years at Sharpsburg High School, passing up a scholarship to Morehead State College and continued to help his parents on the farm until his 21st birthday, December 8th, 1941. A younger brother, Jack, was stationed at Pearl Harbor when it was attacked, and without hesitation, Stanley and another younger brother, Julian, both signed up with the US Navy.

Stanley, a Pharmacist Mate 2nd class, served for three years on the USS Somers, a destroyer, which escorted President Roosevelt to the Casablanca Conference, as well as provided gunfire support during the landings in Southern France. Injured, he was sent back to Chelsea Naval Hospital in Boston.

Homesick and hungry for some homemade fried chicken, Stan was invited to a friend’s house for a meal cooked by his friend’s sister, Eleanor. Wed shortly before the end of World War II, Stanley brought Eleanor to Mt. Sterling where he worked in town at Lane’s Service Garage.

In 1950, Stan, Eleanor, and his two girls, moved to Winchester when he bought part of Allsmiller’s Hardware, located on Main Street since 1937. They hired a young, hardworking guy. Bill Bridges became Stan’s much loved business partner in 1985, as well as partner in mischief and jokes. Bridges & Lane Hardware remained in operation until 2015.

Stanley was a member of the Lions Club in the 50’s & 60’s, sang, danced and told stories and jokes on his fellow citizens of Winchester at the annual Minstrel shows performed as a fundraiser by the Lions Club.

He was a 70 year member of the Mason’s Winchester Lodge #20.

In addition to his parents and five siblings, Stan is preceded in death by his wife of 64 years, Eleanor F. Lane, and son-in-law David Borden, Sr.

Thank you to the Winchester Police Dept and Clark County Sheriff’s Office for their patience and guidance as Dad “forgot that he didn’t remember” that he couldn’t drive until he was 100 years old like a friend of his.

Thank you to the VA Hospital, Lexington, KY for their continuous, quality care throughout his life.

The Nursing Home that could not contain Stanley’s energetic and strong personality shall remain nameless.

A big thank you to the staff at Bridgepointe at Ashgrove Woods, Nicholasville, a Christian based Memory Care Center, that provided quality care, warmth, and humane kindness to the last five months of Stanley’s life.

Donations can be made to Main Street Winchester, PO Box 40, 32 Wall St (memo line: donation to) or to The First Christian Church, 24 E Hickman St.

“Sail on to glory” Dad. “Until we meet once more. Here’s wishing you a happy voyage home.” (Words from Navy Anchors Aweigh song).