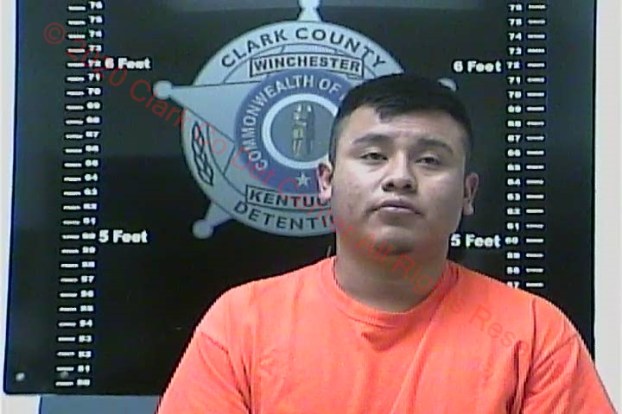 Police used 15 kilograms of cocaine and a tractor trailer to arrest a person they believe to be one of the largest distributors of narcotics in central Kentucky.

Ricardo Mauro Trejo, 22, of Paris, was arrested Wednesday night at the 96 Truck Stop.

“He’s one of the larger distributors of illegal narcotics in our area,” Clark County Sheriff Berl Perdue Jr. said. “He’s been a target of DESI’s for quite a while.”

Perdue said DESI officers intercepted the truck in western Kentucky, and decided to let the driver proceed to make the delivery in eastern Kentucky. Charges are expected against the truck driver, he said.

Perdue said the meet was set up for the 96 Truck Stop in Winchester. After the truck arrived, detectives saw a car circle the parking lot several times, before the driver got out and approached the truck driver.

Trejo told detectives he had $1,000 on him. Detectives also found a box containing a “large amount” of cash. Trejo denied owning the case, and detectives sent it to a bank to be counted.

Initially, detectives believed there was a kilogram of heroin in the truck, but it tested positive as cocaine, he said.

The drugs, police said, were worth about $600,000 wholesale and more than $1 million on the street.

Trejo is being held in the Clark County Detention Center.

Given the amount of drugs and cash, Perdue said he expects the case to go to federal court.