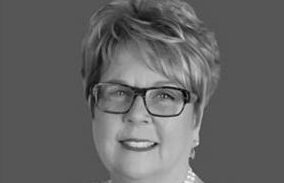 Susan Lee Lowe Rogers, 68, wife of Michael Prewitt Rogers, died peacefully on Saturday, May 30, 2020 at her home in Winchester following a long battle with cancer.

A native of Winchester, born January 30,1952, she was the daughter of the late John Ray and Evelyn Pasley Lowe. She graduated from George Rogers Clark High School and earned both her Bachelor of Science and Master’s Degree from Eastern Kentucky University. She was a retired teacher in the Clark County School System where she enlightened students for 30 years. She was also a real estate agent for 17 years with the last 7 years being affiliated with Rector Hayden Realtors. She was a member of the Lexington-Bluegrass Association of Realtors (LBAR) Million Dollar Club. She was a member of Calvary Christian Church and attended Southland Christian Church.

In light of the Covid-19 pandemic and the social distancing restrictions, private services will be held with the immediate family only. Burial will be in the Winchester Cemetery.

The family would like to thank the faculty and staff of Markey Caner Center, especially Dr. Patel and her nurse, Tiffany, Hospice East, caregivers Judy Adams, Pam Burns and Debbie Poynter, and all of their relatives and friends for the kindness, caring and support shown to Susan and her family during her illness.