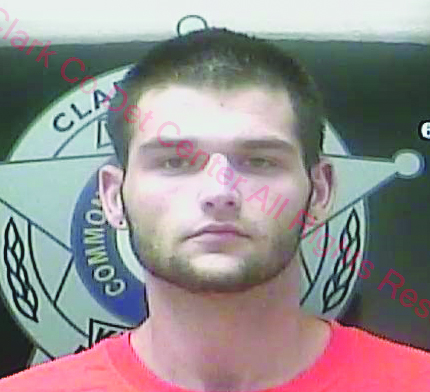 The third shooter in a double homicide was sentenced to 20 years in prison Wednesday for the deaths of two teens.

Carmen is one of four people charged with participating in the Nov. 7, 2017, shooting outside a downtown Winchester apartment building. Two 16-year-old girls, Adrianna Castro and Kayla Holland, were killed in the shooting.

Carmen is the third to plead guilty to participating in the shooting, along with Denzel Hill and Ronnie Ellis.

Carmen’s plea agreement calls for him to serve 15 years for each manslaughter count, which will run concurrently. He will also serve five years each for wanton endangerment and tampering with physical evidence, which will run together but consecutively to manslaughter for a total sentence of 20 years.

Ellis and Hill were also sentenced to 20 years after they pleaded guilty to facilitation to commit murder, first-degree wanton endangerment and tampering with physical evidence.

The final alleged participant, Darian Skinner, is due back in Clark Circuit Court July 2 for a status hearing.

Police said the shooting occurred around 9 p.m. when Hill, Ellis and Skinner were driven to the apartments on East Washington Street by Mikaela Buford. The three reportedly got out of the car, spread out and started firing. Police said Carmen returned fire from an elevated position.

Castro and Holland were shot as they left an apartment. Holland was pronounced dead at the scene; Castro died later at Clark Regional Medical Center.

Buford pleaded guilty to facilitation to commit murder and complicity to first-degree wanton endangerment. Her sentencing is scheduled for July 2 in Clark Circuit Court.

Police believe the shooting stemmed from an argument earlier in the day outside a gas station involving 10 people including Castro, Holland, Ellis, Skinner, Hill, Buford and others. In court documents, police said Ellis, Skinner and Hill went to the apartments that night specifically to fight an unidentified person who was with Carmen.

One-third of the deputy jailers at the Clark County Detention Center were laid off a week ago, as the facility... read more