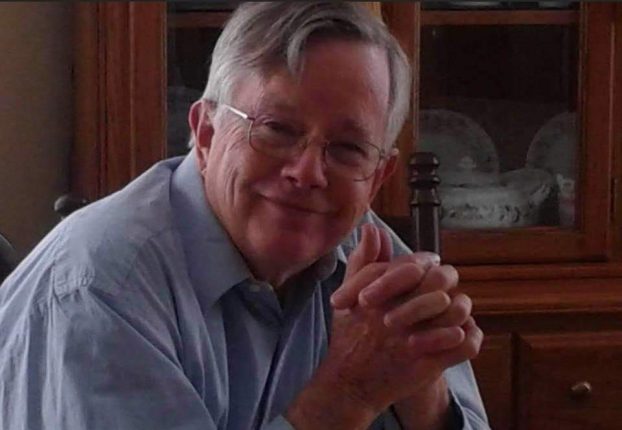 Rake remembered for ministry to children

Pastor Ben Rake Jr. is being remembered as someone who lived a life of service to others because of his love of Christ, but especially as someone who cared about children.

“Children’s ministry was where his heart was,” his son, Daniel Rake of Winchester, said. “He always had a heart for helping kids.”

Rake, a second-generation Church of Christ and independent pastor whose many years as a clergyman around the country included 27 years leading churches in Winchester and Clark County, died unexpectedly May 25, and was memorialized in a graveside service June 29 at a cemetery on Old Boonesboro Road.

Rake and his wife, Linda, both took an interest in caring for children, their daughter, Christa Joynt, said.

She was active in the Read to Succeed children’s literacy program.

“Jesus didn’t overlook kids, and neither did they,” she said. “They thought it was a very important part of their ministry in the church and the community.”

“I think they were both inspired by what Jesus said in the New Testament: ‘Let the little children come unto me,’” said Christa’s husband, Stuart Joynt. “I think he kind of captured inspiration from that.”

Stuart remembers being one of the children on the bus when Ben Rake would drive all over Winchester picking up and dropping off youth before and after Sunday morning and night services and Wednesday night meetings.

“It was like a traveling party,” he said. “It was loud! And there were lots of kids. The church bus was like its own experience. He kind of immersed himself in that several times a week. It was really something.”

Stuart said Rake probably spent thousands of hours on the bus with the kids. Some people think children should be seen and not heard, but he wasn’t one of those people, he said.

Rake, 76, was born in Winchester, the son of the Rev. Ben Rake Sr. and Sarah Rake, and he grew up here.

He graduated from Southeastern Christian College, where his father was an administrator, and which was located where College Park is now.

He went into the ministry soon after finishing there and eventually became pastor for 17 years of the church his father had led, Belmont Church of Christ.

One of the last churches he led was Forest Grove Christian Church for 10 years.

Other churches he pastored were in Louisville; Dallas-Fort Worth, Texas; Fort Lauderdale, Florida; and most recently, Tell City, Indiana, where the church they led was in a converted school where Rake would let the children have fun skateboarding and bicycling down the long hallways, Stuart said.

At the time of his death, Ben and Linda lived in Finchville, Kentucky, with their daughter and son-in-law, Belinda and John Shindlebower. Their other children and their spouses are daughter Jan Rynerson and her huband, Joe; Tammy Whitcomb; daughter Joy Lanier and her husband, Chris; and his daughter-in-law, Andrea Rake, Daniel’s wife.

Ben and Linda lived on Broadway when they were in Winchester.

Daniel Rake and Shindlebower were among those who eulogized Rake during the memorial service, which wasn’t announced publicly because of coronavirus restrictions on crowd size.

Stuart said it always amazed him how energetic Rake was and how much he had going on. For example, on a typical Sunday, he would take the bus out and round up the youth to take them to church, preach his sermon, take them home, have lunch and would usually have company over for lunch and the afternoon, then repeat the process for the evening service.

“It seemed like there was something going on almost every night of the week,” he said. “It  looked exhausting.”

But Ben Rake wouldn’t have it any other way.

One of the things Rake will be remembered for in community service is his leadership, along with former Winchester Police Sgt. Marty Jackson, a former chief, of a character education program for juvenile offenders that was started by former Mayor Dodd Dixon and a family court judge.

The police chief and the preacher wouldn’t emphasize what the kids had done wrong so much as they would teach them the importance of character in their lives to try and get them on a better path, said Daniel Rake, who took over the teaching role from his dad with another man, Joel Jirak, for a couple of years after Ben and Linda moved away.

“He touched a lot of lives,” Stuart said, and lived a life of service and integrity.

Christa said one of the words she heard several people use to describe her father during the memorial service was “unpretentious.”

“He just always thought of others before himself, and he wanted to do the best he could for those around him,” she said.

Her brother’s words mirrored that thought.

“I think most people will remember him as a person who loved and served other people,” Daniel Rake said.

Clark County will have a better shot at combating illegal drug trafficking as part of a regional federal program. Thursday,... read more