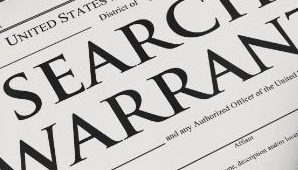 The use of no-knock warrants by police has been brought to the forefront after a Louisville woman was killed by police in a raid.

The death of Breonna Taylor on March 13 has sparked days of demonstrations and protests in Louisville and elsewhere.

A government committee in Louisville has recommended new restrictions in using the warrants, where officers can force entry into a residence without announcing themselves first.

Despite the name, Winchester Police Chief Kevin Palmer said the department’s policy is for officers to knock and announce themselves when serving any kind of warrant.

Palmer said the department has used them occasionally, but rarely.

“(We would use this) if we believe there is a person armed or has fortified the residence, or was a fugitive and knew we were coming,” Palmer said. “Regardless of how we get in the house, when we get in, we announce (our presence) and our intent.”

Clark County Sheriff Berl Perdue Jr. said his staff has not sought a no-knock warrant during his time in office.

Perdue and Palmer said their departments have set policies for obtaining search warrants, as part of their accreditation standards.

Perdue said his office does not have a specific one for no-knock warrants, but that may change.

“Every year we have to update our policies and procedures,” he said. “That’s something we’ll definitely look at.”

Palmer said his officers use a matrix when making decisions about warrants and what type to seek.

“If we decide there’s no exigent circumstances or it’s medical, we’re going to knock and announce,” he said. “At some point, we’ll use force to get into the house.”

Palmer said they will try to reason with people as well, so officers won’t damage the house.

Last week, Lexington Police issued a news release saying its officers have not executed a no-knock warrant in the last year. The department’s policy calls for the warrant to be reviewed by three levels of supervisors as well as the chief or an assistant chief.

Once it is issued, the department’s emergency response unit is responsible for executing the warrant. They could decide to take a different approach to enter, but they must announce themselves once they are inside the residence.

Taylor was killed after police executed a no-knock warrant in the early morning hours of March 13 as part of a narcotics investigation. Taylor’s boyfriend Kenneth Walker told police he thought he was shooting at intruders, not the police. Officers returned fire, and Taylor was shot and killed.

Girls and boys, start your engines! Friday was Hot Wheels Racing Day at College Park. As part of its retro... read more