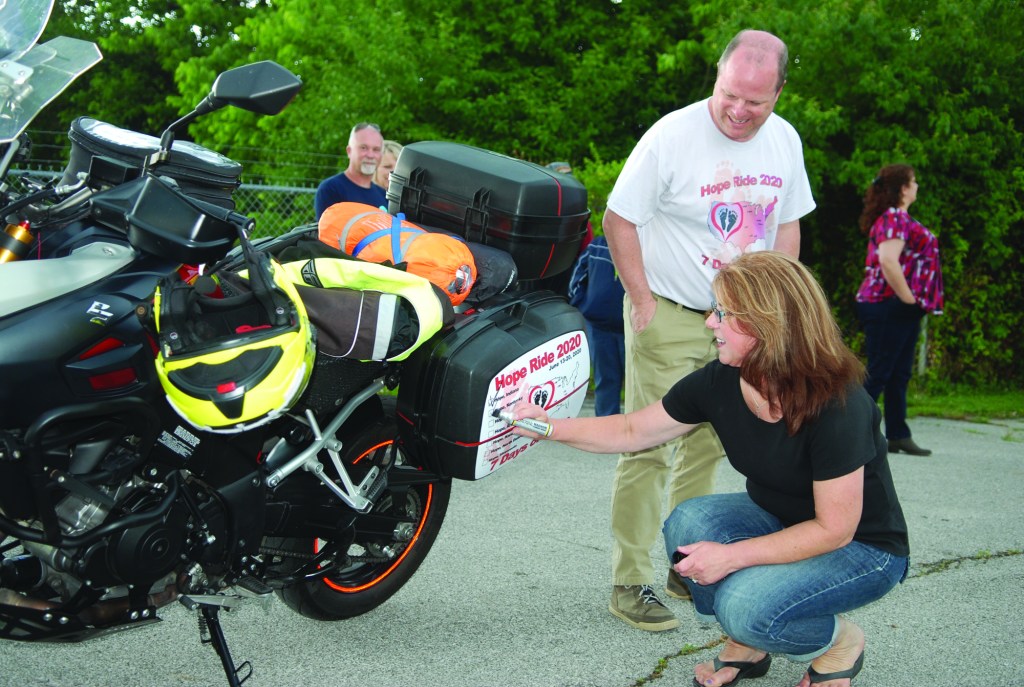 New Beginnings Executive Director Becki Arvin checks Kentucky off on the side of Chad Royer's motorcycle Sunday. Royer stopped at New Beginnings as part of a seven-day motorcycle ride to pregnancy centers near communities named Hope. (Photo by Fred Petke)

Chad Royer arrived in the nick of time Sunday afternoon in Winchester.

Shortly after he arrived at New Beginnings, a crisis pregnancy center on Jefferson Street, for the second stop on his weeklong tour, the skies opened with hail and then heavy rain.

This week, Royer, of Indiana, will be riding his motorcycle to visit seven crisis pregnancy centers near communities named Hope. New Beginnings is the closest center to Hope Hills, a small community in Montgomery County hear the Menifee County line.

Throughout the week, Royer’s trip will take him from his Indiana home to Kentucky, Mississippi, Arkansas, Kansas, North Dakota and Minnesota. In each state, he will visit a crisis pregnancy center.

His trip is not to raise funds, but to bring awareness and attention to the centers in those communities.

“This is my vacation,” he said. “I’m trying to do something good with it.”

Royer serves on the board of the pregnancy center at home, and wanted to do something more than meeting once a month.

“I don’t have any special training,” he said. “I don’t work on pregnancy cases. I’m on the board now, but I was looking for something to do.”

In the last two days, Royer said he completed two rides of 1,000 miles in a day. His trip, called Seven Days of Hope, was the next step.

Royer said he expects to be riding alone for most of the trip. One person did ride with him a while in Indiana, and there were a handful waiting in Winchester to ride to Montgomery County Sunday afternoon.

Before getting back on the road, New Beginnings Executive Director Becki Arvin checked off Kentucky on the side bag on Royer’s motorcycle, to show he made the stop. 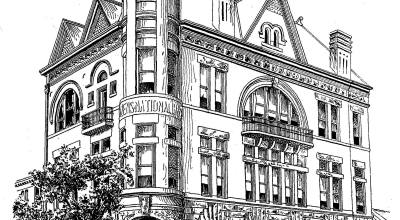 WHERE IN THE WORLD? Citizens National Bank