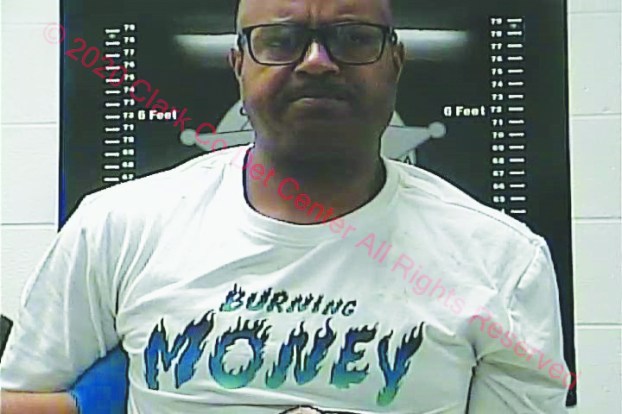 A Lexington man is facing nearly a dozen charges after leading deputies on a three-county pursuit early Saturday morning.

Antonio D. Adams, 44, was arrested after the pursuit ended on Interstate 64 in Bath County.

According to court records, Clark County Sheriff’s deputies were called to check on a car stopped at a traffic light with a passed-out driver.

Officers removed Adams from the vehicle and arrested him.

Deputies and officers found a plastic bag of marijuana and an amount of cash when they searched Adams. In his vehicle, they found a set of digital scales and a plastic bag containing a gray powder.

Adams was checked and released from Clark Regional Medical Center after complaining of shoulder pain, and was lodged in the Clark County Detention Center.

Adams was charged with first-degree fleeing or evading police, speeding more than 26 mph, reckless driving, second-degree wanton endangerment, resisting arrest, driving under the influence, trafficking in marijuana (less than eight ounces), first-degree possession of a controlled substance, possession of drug paraphernalia and license to be in possession. He was also served a parole violation warrant from Fayette County.

About 150 people gathered Friday evening for a silent Together for Justice march from the Clark County Courthouse to Heritage... read more