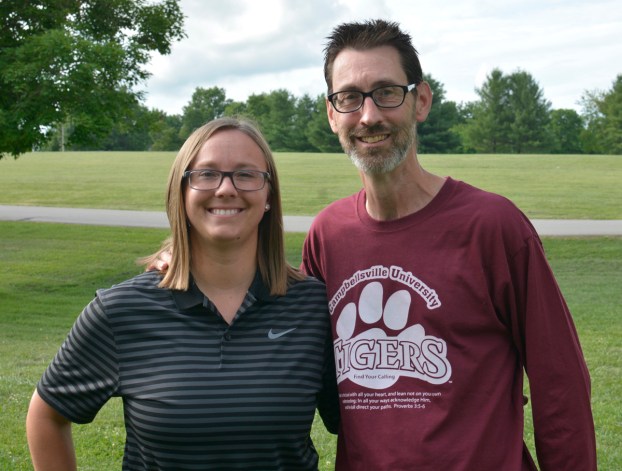 The new athletics director for Robert D. Campbell Junior High School is not a new face around Winchester.

Brittany Black was born and grew up in Clark County, graduated from George Rogers Clark High School and used to run the sports programs at the former Winchester YMCA.

She is replacing Ken Howard, who is retiring after 30 years as a teacher, 15 years as a baseball coach and five years as Campbell’s AD.

Black’s responsibilities will include overseeing 12 sports at the school: football, cross country and track, girls and boys basketball, softball and baseball, cheerleading and dance, volleyball, archery and bass fishing.

“I’m excited and anxious to take on the role and bring a positive outlook to the community,” Black said.

Howard said Black reached out to him when she heard he was retiring and wanted to apply for the job.

“We interviewed several, and she just rose to the top,” said Howard, who knew her and played a part in the search. “She’s a good fit. She’s well known in the community. She’s liked in the community. And I wanted to bring on somebody that would move our program forward, and I think she’s the one to do that.”

Howard introduced her to several people at Lykins Park Monday afternoon to meet the new director and say goodbye to the old one, although he says he will still be involved in Clark County school sports, but not looking over his successor’s shoulder.

“She’s got me on speed dial” if she ever needs him, he said.

“I’m going to sit back and be a fan now,” Howard said.

Black is a 2010 graduate of GRC, where she was a standout basketball player and also played softball and golf. She had a successful year playing basketball at Asbury University before transferring to Eastern Kentucky University, where she graduated with a degree in sports management. She is currently the operations and activities manager at LA Fitness in Lexington.

It remains to be seen what sports RDC will have this year given the uncertainties surrounding the coronavirus.

Bob Howard, the head football coach, was among those there for the meet and greet.

“It changes daily, but we have not been told there won’t be any sports,” Ken Howard said, but added “it won’t be business as usual” this year.

State police arrested an Estill County man for allegedly having sexual contact with a foster child in his home. Jerry... read more