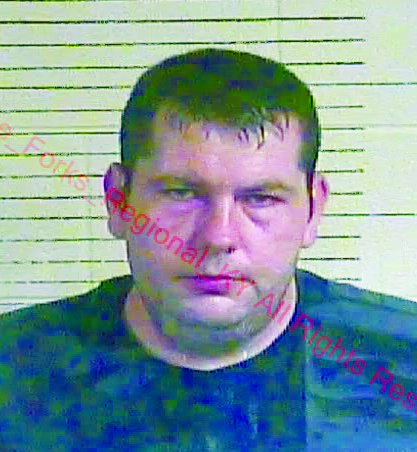 State police arrested an Estill County man for allegedly having sexual contact with a foster child in his home.

Jerry Goosey, 32, of Irvine, was charged Friday after Kentucky State Police with one count each of third-degree rape and third-degree sodomy.

Goosey has been a volunteer firefighter for the Clark County Fire Department since October 2017, according to Clark County Deputy Judge-Executive Janet Townsend. Goosey, though worked very few hours for the department, she said, and was not sure how his employment would be resolved.

According to news reports, Goosey was also a firefighter at Toyota and a volunteer at Hargett volunteer Fire Department in Estill County.

According to court records, KSP detectives met with the victim June 25, who said Goosey had touched her inappropriately while she was living in the home. The situation escalated over the course of three years from physical touching to sexual relations between Goosey and the girl, including oral sex and intercourse.

The next day, Goosey was interviewed and eventually admitted to having sexual relations with the girl. It began when the girl was 17 and continued until May 2020, he said. Goosey is still the victim’s legal guardian, according to the arrest citation.

Goosey was arrested and lodged in the Three Forks Detention Center in Beattyville. A bond was not listed on the detention center’s website.

Students in Clark County Public Schools will return to classes after Labor Day and go until the Friday before Memorial... read more