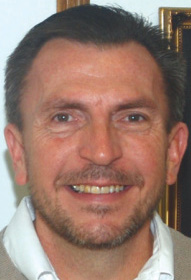 Most city employees won’t have to get acquainted with Winchester’s interim city manager; they already know him.

Mike Flynn, who worked for Winchester Municipal Utilities for more than 25 years and was its director for the last 10 before he retired April 1, 2019, will be back at the helm, but this time as city manager.

The Board of Commissioners approved his appointment Tuesday night to replace Matt Belcher, who is leaving city government after seven years to become a business manager and partner.

Belcher was good to work with and “had the concerns of the community at heart,” he said.

Flynn said he will be shadowing Belcher for the rest of this month to learn what he can from him before he takes over from him.

Flynn noted that Belcher, too, began as interim city manager. When asked whether he would like to be considered for the permanent position, he said, “I’m just taking it one day at a time.”

He said he has had a good year of retirement, but he wants the city to find the right person for the job, whomever that might be.

“I want to serve my community and do the best I can and move it forward,” he said.

Mayor Ed Burtner said Wednesday the commissioners made the right choice in hiring Flynn during the transition.

“He clearly has knowledge of utilities and civil engineering, and there’s a good many activities and projects that we’re involved with that require roads and streets and storm sewers … and he could apply that. But also, he managed utilities that had 80 employees, so he has skills associated with personnel leadership and management that are important.”

Burtner said WMU’s budget is almost as large as the rest of the city’s budget, and Flynn has knowledge of preparing and managing budgets and working with people in finance.

“I think, in all respects, Mike was a good fit for this situation,” the mayor said.

Flynn said one of the benefits he will have is that the city has a good staff and managers, and he knows most of them and had a good working relationship with them when he was with WMU.

“I have the utmost respect for those that hold those positions right now, and I think the feelings are mutual,” he said.

The city faces challenges, including the EPA consent agreement on sanitary sewer overflows that it has been working on for the past 10 years, and a reduction in revenue because of the coronavirus’s effect on the economy.

Belcher said he thinks Flynn is up to the challenges the job involves.

“Mike is a really good guy, and he’s a professional,” he said. “He has a lot of management experience with WMU. … I’m sure he’ll do a good job.”

Belcher said he enjoyed his time working for the city but is ready to do something different.

He and a partner will be running a transmission business.

Flynn has lived in Winchester most his life and worked his way up from the ditches, using a pick and shovel, to running the city utility government, according to an interview he gave The Sun when he retired last year.

He earned an electronic engineering degree from the DeVry Institute of Technlogy in Columbus, Ohio, and an associate degree in theology from Southern Indiana Baptist College.

He served as president of the Kentucky-Tennessee Water Environment Association for five years, and was chairman of the board of the Kentucky River Authority for four years.

He is a deacon at Landmark Baptist Church in Winchester.

He and his wife, Kimberly, have a son, Michael, 22, who is married to Lily, and they also live in Winchester.

Flynn said he is looking forward to his new role.

“There’s a good group of folks who work for the City of Winchester, and I feel privileged to serve as the interim,” he said. “I take the job seriously and will try to do my best.”

Clark County will get more resources to fight the opioid epidemic by being part of a multi-county federal anti-drug program.... read more