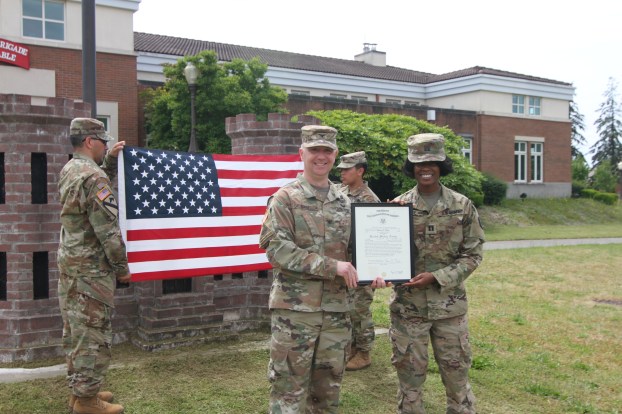 Jasmine Bowie was promoted to Captain in the United States Army on June 19, 2020, at Joint Base Lewis McChord, Washington. Capt. Bowie is trained as a combat engineer, and currently works in the Administrative Law Office. She plans to attend law school in Washington and become an attorney at the next stage in her career. Bowie graduated from Western Kentucky University in May 2012. She is the daughter of Dana and Kimberly (Clark) Bowie, of George Rogers Clark Class of 1982 and 1983, and is the granddaughter of James and Mattie Clark of Winchester. Capt. Bowie is pictured 555th Brigade Commander, Col. Bain at her promotion cere

Matt and Courtney Goodpaster of Mt. Sterling announce the birth of a daughter. Lynette Leigh Goodpaster was born May 11,... read more