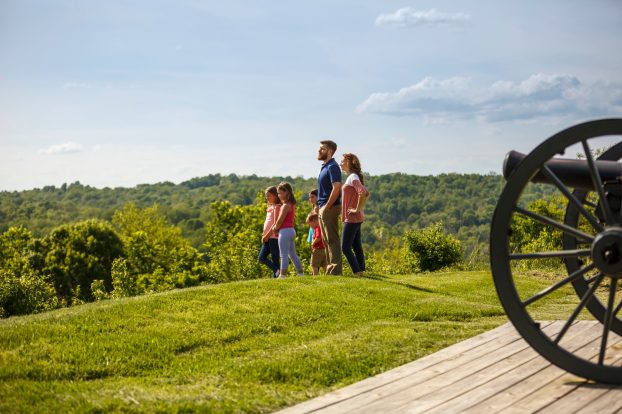 The Civil War Fort at Boonesboro is one historical site in Clark County that is seeing more visitors this year as families look for ways to "vacation" in their own backyards because of travel restrictions and safety concerns amid the coronavirus pandemic. (Photo from visitwinchesterky.com)

In summer without festivals, travel showing signs of growth

In a summer decimated by the effects of the coronavirus, the local tourism industry has been seeing a little growth and local interest.

Nancy Turner, director of the Winchester-Clark County Tourism Commission, said hotel occupancy rates are still very low, but it has been picking up in recent weeks.

“We’re seeing an increase in business travel,” Turner said. “We were at an all-time low of 12 percent (occupancy) in mid-March. We’re up to 41 percent in occupancy. We’re down 45 percent from where we were last year.”

The virus and fear of spreading it further led organizers to cancel a number of traditional summer events including the Beer Cheese Festival, the Clark County Fair and the Daniel Boone Pioneer Festival, which routinely brought thousands of people to town.

People are still traveling to visit family and friends, but the numbers are still down.

People feel safer outside, she said, which is part of why locations such as Clark County’s Civil War Fort have been seeing crowds grow this summer.

“Our outdoor dining is popular, and carry-out is still popular,” she said. “Sadly, they closed Lower Howard’s Creek.”

Turner said she is not expecting tourism to really begin to rebound until next year.

“Research shows visitors are truly skeptical … until at least spring of 2021,” she said.

Business travelers, she said, are looking for consistency in where they travel, particularly in terms of health regulations.

More states, including Kentucky, have been adding mandatory mask regulations.

“As numbers rise everywhere, more and more states are mandating masks,” she said. “I think, overall, masks are effective.”

Health Department has had 63 mask complaints

The Clark County Health Department, as of late Thursday afternoon, has had 63 complaints registered about face masks since the... read more