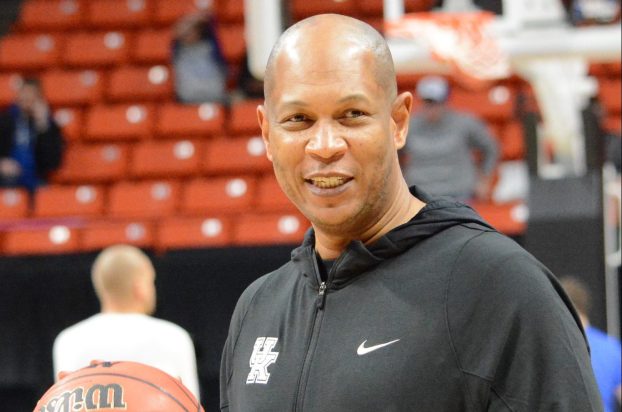 Bittersweet: Payne leaving Cats for Knicks; search on for replacement

LEXINGTON, Ky. (KT) — Kenny Payne is stepping up to the next level.

Payne, a fixture on John Calipari’s coaching staff at the University of Kentucky, accepted an offer from the New York Knicks to become an assistant coach under recently hired Tom Thibodeau.

Payne, a former standout at the University of Louisville, spent the past 10 seasons with the Wildcats, including the past six years as associate head coach. Payne spent the past few days mulling an offer from the Knicks and made his decision on Tuesday.

“This decision wasn’t easy for me. I have a great job at Kentucky, and to think about leaving has been one of the hardest things I have ever done,” he said. “But I have also been offered an incredible opportunity with the New York Knicks and a chance to help restore what I believe should be the premier organization in the NBA.”

“This is a bittersweet day for us at Kentucky,” Calipari said. “Kenny has been an extremely important part of our success here. His relationship with our players is second to none. He coaches them and challenges them as hard as anyone, but they respect him, they listen to him and they learn from him because they know he cares. As a basketball coach and a teacher, he could run any program in the country. Simply, he’s as good as they get.”

““For 10 years, Kenny Payne has been a foundational piece of the success of Kentucky men’s basketball,” Barnhart said. “He is a great coach of fundamentals and did a superb job of developing young college players into NBA-level talent. Combine that with his ability to build relationships and mentor players, and you have an outstanding coach. I look forward to keeping up with his success.”

Payne is regarded as one of the top assistant coaches at the collegiate level and Calipari expressed disappointment Payne didn’t get a chance to run his own program but understands the decision.

“This is one of those opportunities Kenny had to look at, and I fully support his decision to join Tom Thibodeau’s staff,” Calipari said. “Kenny’s approach with his players, his knowledge of and his experience in the game, and his work ethic, will serve him well on the professional level. I have high expectations for him in the NBA.”

A national search will begin in search of Payne’s replacement. The leading candidates including Bruiser Flint, a former assistant under Calipari at Massachusetts. He currently is an assistant coach at Indiana.

By KEITH TAYLOR, Kentucky Today LEXINGTON, Ky. (KT) — As of now, fall sports will be played in Kentucky. The... read more