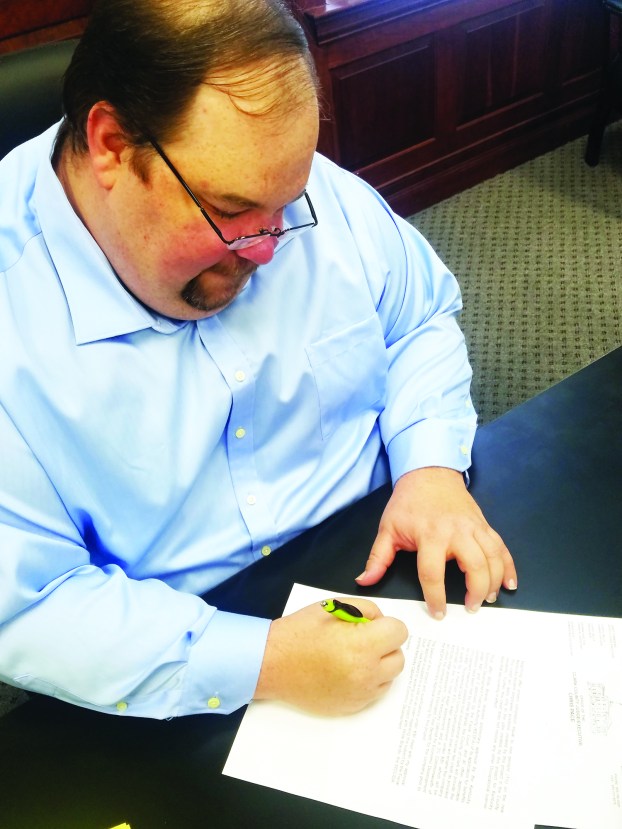 Clark County Judge-Executive Chris Pace, in conjunction with the Winchester-Clark County Industrial Development Authority and the Clark County Fiscal Court, has signed an incentive letter aimed at attracting a new $10 million factory in the Industrial Park.

“In order to recruit new business and grow our economy without raising taxes, we must focus on making Clark county as attractive as possible to new employers.” Pace said. “By recommending a 10-year credit against occupational license fees, we can bring new full-time jobs to Clark county, paying an average of $42,000 a year plus an additional 15 percent in benefits.”

Despite lowering the portion of county taxes levied by the Fiscal Court, the county budget reached what is believed to be an all-time high surplus of more than $5.2 million shortly before the

pandemic, according to a press release from Pace’s office.

“Even in these challenging times, we are willing to step up and do what is necessary to grow,” Pace said. “Clark county is open for business.”

One advantage of hosting civic club meetings virtually in a time of pandemic is that the speakers can be from... read more