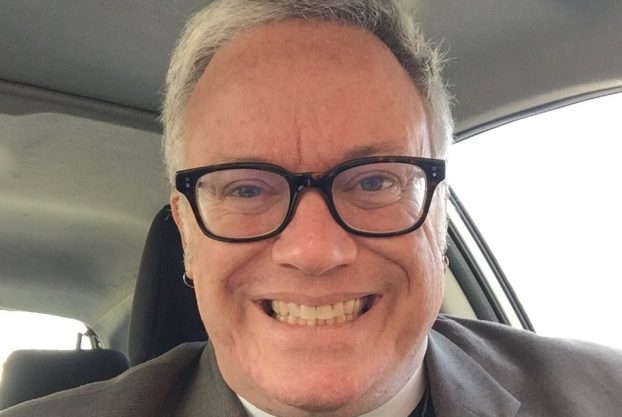 TRIMBLE: Honoring a legacy of righting injustices, giving voice to the voiceless

The Episcopal Church, the American manifestation of the Church of England, is part of the global Anglican Communion.

The Anglican faith is held up by what’s been known as the “3-Legged Stool,’ encompassing scripture, tradition and reason.

In the tradition part, the church celebrates, honors and remembers a variety of faithful servants who have lived throughout the centuries.

Yes, we do honor many saints — they encourage us, pray for us and strengthen us.

The calendar also brings to our hearts many regular people who have been identified as “chosen vessels of grace and the lights of the world in their generations.” We refer to all these children of God as a “great cloud of witnesses.”

Later this week, the church calendar honors and remembers Jonathan Myrick Daniels, a seminarian and witness for civil rights in the 1960s. Jonathan, born in 1939 in New Hampshire, was a student at Harvard struggling with his life’s calling and vocation.  Familiar to all of us, I’m sure.

He was interested in medicine, in writing, the law and ordained ministry.

In 1962, he entered the Episcopal Theological Seminary in Cambridge, Massachusetts, after a profound conversion on Easter Day.

Three years later, he received another revelation, this time from a televised appeal of a young Baptist preacher from the south calling on folks to come to Selma, Alabama, to secure the right to vote to all citizens.

The seminary allowed him leave time to go forth to Selma to work for this just and noble cause.

In August, he was jailed for joining a picket line, but was unexpectedly released with four of his friends.

They walked over to a local store.

As they walked the steps, 16-year-old Ruby Sales was at the store’s entrance when an unemployed highway worker appeared around the corner, yelling threats at the girl and brandishing a gun.

Her friend, Jonathan, pulled her over to one side to shield her from these threats and was shot killed by the blast from the shotgun.

Ruby, a friend and fellow civil rights activist, was so shaken by this event she was unable to speak for more than months.

Determined, nonetheless to be a witness at the trial of the murderer, Ruby defied death threats and allowed the church songs of her childhood to sing strength into her heart.

She testified, only to see the assailant acquitted by an all-white jury. (The blatant injustice of the decision became the primary basis for a series of successful challenges to the segregated jury selection system of the South.)

She left the South shortly afterwards for New York, where she continued her fight for justice and equality.

For many years she taught at universities and tirelessly carried on her mission.

In 1994, a profound revelation had her follow in the footsteps of Jonathan Daniels as she entered Episcopal Seminary in Cambridge, Massachusetts.

The experiences in Selma had a profound impact not only on Ruby Sales and countless others, but on Jonathan as his many letters and papers attested.

“The doctrine of the creeds, the enacted faith of the sacraments, were the essential preconditions of the experience itself. The faith with which I went to Selma has not changed: it has grown. I began to know in my bones and sinews that I had been truly baptized into the Lord’s death and resurrection with them, the black men and white men, with all life, in him whose Name is above all the names that the races and the nations shout. We are indelibly and unspeakably one,” he wrote.

As one of many in our great cloud of witnesses, the life and death of Jonathan Myrick Daniels lives on, not just in our memory, but in our worship, in our actions to continue the work of righting injustices, giving voice to the voiceless and loving our neighbor as ourselves.

Father Jim Trimble is priest-in-Charge at Emmanuel Episcopal Church on Lexington Road in Winchester. He can be reached at fatherjim.emmanuel@gmail.com.

Humble: Who supplies the power?

The apostle Paul was in a hard place and had been praying desperately for deliverance when God spoke directly to... read more