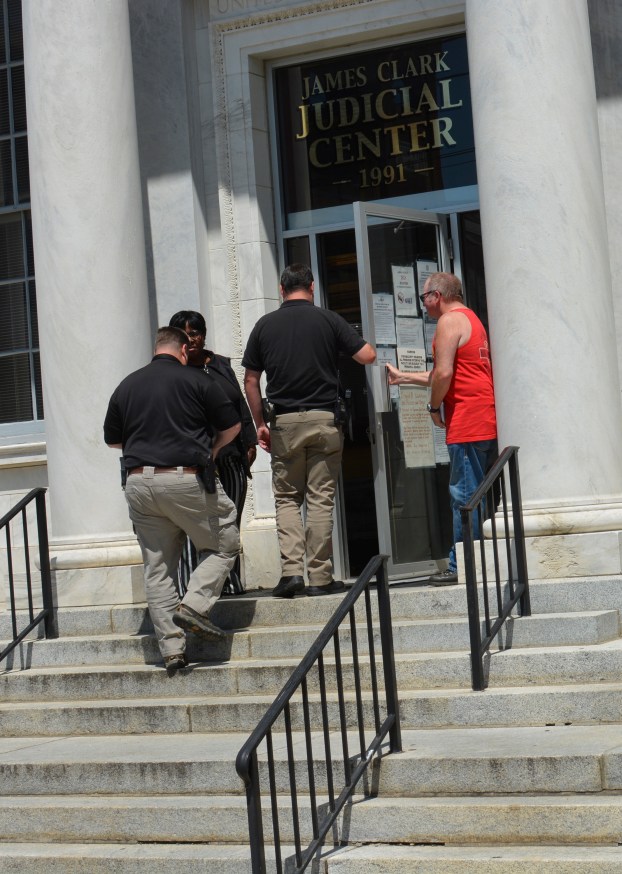 A man holds the door for police officers and Circuit Clerk Martha Miller after an accidental shooting inside the James Clark Judicial Center Monday.

Police and sheriff’s deputies converged on the James Clark Judicial Center just before 2 p.m. Monday after a report of a shot fired inside the building.

The panic didn’t last long, though.

“We think it may have been an accidental discharge,” said Winchester Police Chief Kevin Palmer, who was standing outside the building talking with a couple of his officers. “Nobody is hurt.”

Moments later, Bailiff Mike Bordas came outside and admitted it was he who fired the round.

He said he was watching a video and handling his pistol when it went off. He didn’t know he had a round in the chamber.

Deputy Justin Gurley and other law enforcement officers were in the front hallway afterward with a flashlight looking for the spent round. He said he couldn’t talk with the press until after he had investigated the incident.

The grand jury indicted a Winchester man for fetal homicide from a 2019 crash on Rockwell Road. Desmond Davis, 23,... read more