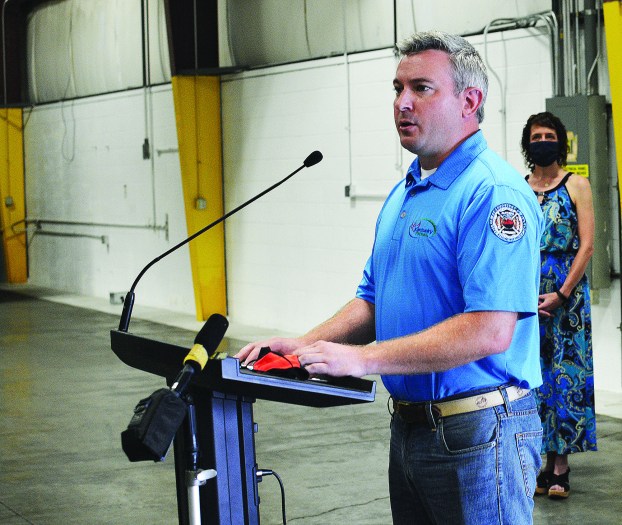 Emergency food programs across Kentucky will be able to keep more food cold or frozen because of a $25,000 grant the Kentucky Department of Agriculture received from the federal government.

The money made possible the purchase of 32 chest freezers and 24 upright refrigerators to distribute to 52 local food pantries.

“One of the biggest challenges we see with our partner agencies is not having enough infrastructure to be able to store and properly distribute frozen and refrigerated goods,” Halligan said.

Since the coronavirus pandemic reached Kentucky in March, Quarles said, the state has seen a 30 to 40 percent increase in the number of people using food banks.

Kentucky’s 76,000 family farms have risen to the challenge to provide the additional food needed, and agriculture-related businesses have donated money to help feed the hungry, he said.

“My heart goes out to frontline workers who are keeping us safe, but it’s Kentucky farmers who are going to keep us fed,” Quarles said.

Halligan said that in Central and Eastern Kentucky, there are 250,000 people who are food insecure, including 21 percent of the children in those regions. Twelve of the 50 counties in the nation with the highest food insecurity issues are in those two regions, which are served by God’s Pantry, he noted.

“The numbers are staggering,” he said. “The need is great.”

But Sandberg, Quarles and other leaders, he said, are making a difference in the lives of “people that we never meet” but who are being fed.

The cold storage distribution is the latest in a series of initiatives the KDA has taken part in as part of the Kentucky Hunger Initiative, begun by Quarles in 2016 to bring together farmers, charities, faith groups, community leaders and government entities to reduce hunger.

Feeding Kentucky’s seven member food banks serve all 120 counties and work with more than 800 food pantries and shelters to reach one in seven Kentuckians with food each year.

Last year those groups distributed 86 million pounds of food and grocery products, enough to provide 72 million meals to those in need.

The sentencing hearing for a Clark County man charged with arson was postponed until the amount of restitution can be... read more