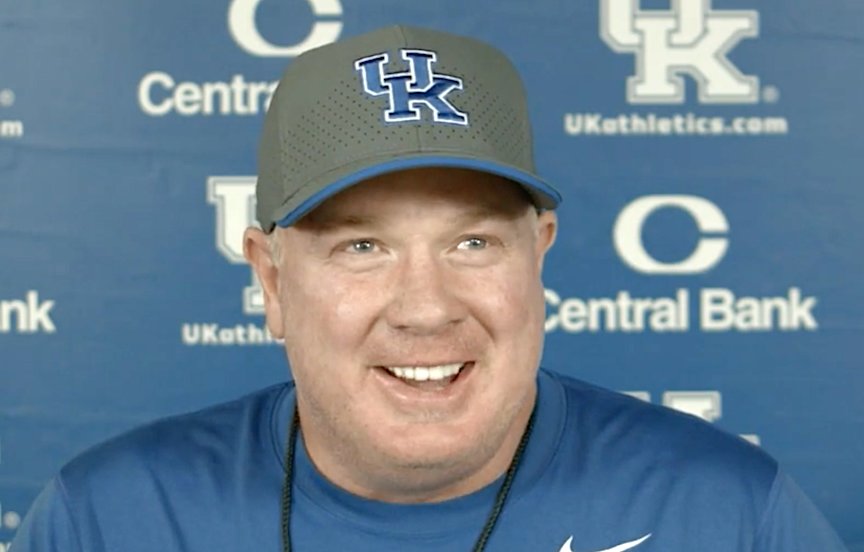 One player had already been in isolation because he was in contact with another infected individual. The two players were held out of practice after testing positive for the virus. Kentucky coach Mark Stoops said the players are abiding by protocols when it comes to safety precautions.

Following workouts Saturday, Stoops reminded his players to “continue to make good decisions and sacrifice in areas where they can.” Stoops said he has been pleased with his team’s ability to follow safety precautions on and off the field.

“All of us understand there are risks in everything we do right now, with this virus being the way it is,” he said Saturday. “Whether it’s a grocery store, in a restaurant, or going anywhere, you have to be conscious of where you’re at, wear the masks, keeping distance, and all of that.

“We’re not perfect and we’re never going to be, but we’re going to strive to be that way. Our players are making good decisions. We tested a boatload of people last week …. Our players have done a good job and they’ve got to continue to do that.”

Kentucky senior Drake Jackson said the players are taking the virus “very serious outside of football” but focused on the task at hand on the field.

“When we hit the football field, we’re football players and we’re going out there to play football and that’s what’s on our mind is going out there and practicing,” he said. “Of course, when we’re gathered up, we have our masks on and we’re very conscious about it, but when I’m on the field, I’m not thinking about anything other than the game (of football) and what we’re doing out there.”

On Friday, Vanderbilt canceled and paused practice after a “small number of positive COVID-19 test results” were reported following testing.

Stoops said things are “different” for the players when they’re off-campus this season.

“Normally in camp, we are locked down, going back to meetings and using all of their time,” he said. “It’s different now with school starting. People are on campus, there are things going on at night and they’ve got to continue to make good choices, sacrifice and be as distanced from people as they can, especially the big groups (of people) and that’s going to say a lot over the next couple of weeks with many teams and many athletes throughout the country.”

Stoops and school administrators remain hopeful that fans will be allowed in the stands once the season kicks off Sept. 26. Earlier this week, Churchill Downs announced no fans would be allowed to watch the Kentucky Derby when the postponed race runs on Sept. 5 at Churchill Downs in Louisville.

“I’m confident in the Governor (Andy Beshear) and his leadership,” Stoops said. “I really hope we do (have fans in the stands). That would be a severe disadvantage for us if the SEC is having fans 20, 25, and 30 percent (capacity) and we’re not able to. If you’re asking me if I would like it (with no fans), of course not, but also we’ll play by the rules they tell me to play by.”