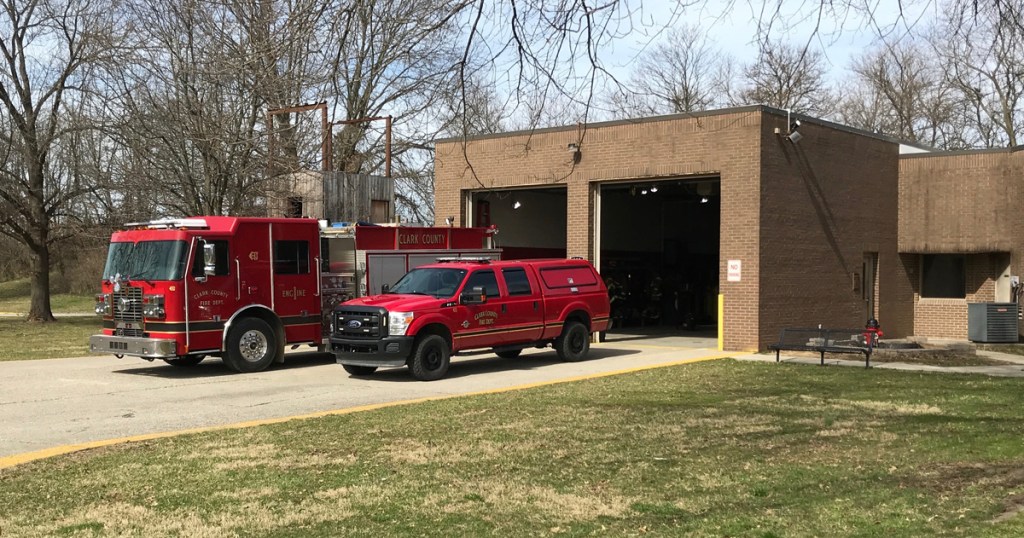 With eight Clark County firefighters on quarantine  for another week, the county fire department is running on overtime and help from its volunteers.

Interim Chief William Puckett said the department essentially lost an entire shift worth of firefighters after one tested positive a week ago.

“Everybody’s working a lot of overtime,” he said.

Since then, the department has had to park equipment occasionally and has temporarily pulled out of Station 2 on Fulton Road, which it shares with Winchester Fire-EMS.

“We don’t want to infect their guys and have it run through their department,” Puckett said.

The exposure, Puckett said, happened away from the department.

“One got kind of sick … and came to work, thinking he had a sinus infection,” Puckett said. “He had a headache and some sinus pressure. Later that afternoon, someone he was in contact with tested positive.”

The firefighter was tested that afternoon, and was positive as well, he said. The remainder of the firefighters working that day all went into 14 days of quarantine, as they had rope training earlier in the day and had been in contact with each other. None have tested positive, he said.

With another week to go, Puckett said the department is basically functioning with about nine firefighters. Earlier this week, he made emergency hires of three full-time firefighters, and other part-time volunteers have stepped to fill the void. Still, the department has three vacant full-time positions, and there is always a need for volunteers.

“We’re just working people as much as they can take,” Puckett said. “We’ve got part-time guys that help fill. I’ve got a part-time guy working (Tuesday) and another who works nights after his regular job.”

Others have called and offered to fill in at the station or respond to emergency calls.

“They understand where we are,” he said.

The remaining week can’t pass soon enough, for the department or those on isolation.

“I feel bad for these guys,” he said. “I want them to hurry up and get better but they need to do what they’re told. They’re going stir-crazy.”